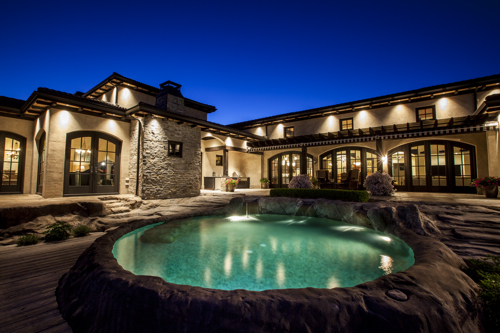 The excitement from the casually elegant crowd is as palpable as the panoramic lake and mountain views from the home that surrounds them. “Three million!” shouts the auctioneer in his audacious singsong chant – his words spilling over one another in increasing crescendo, inciting bidders and guests alike. This is no ‘cattle rattle’ although the Stetson-hatted ringmaster does reflect a Western vibe. It’s the newest trend in buying and selling high-end real estate in Canada – an innovative concept introduced by Kelowna-based The Garage Sale Luxury Auction House.

Originally from Drayton Valley, Alberta, the entrepreneurial Lambert, who had worked in the oil and gas industry for several years, always felt that there was an unexplored niche in the luxury real estate market in which traditionally, the buyer and seller are in opposite camps. Rationalizing that by bringing buyers and sellers together, literally under one roof through event-style auctions in a fixed time period, it would make the whole process more streamlined and actually enjoyable to all parties. With his own homes in both Canmore and Kelowna, Lambert established his office in the latter where he laid the groundwork for his unique concept with his first auction in the Okanagan in 2009.

“I saw this idea working in the U.S. for many luxury properties, some owned by celebrities, and I wanted to bring the idea to Canada,“ says Lambert.

“We have a forensic style approach to selling – and by that I mean our team really does their homework with due diligence. Not only have we built strategic alliances with Coldwell Banker Jane Hoffman Group to carefully vet our sellers and potential buyers; target markets both nationally and abroad, but we put together a detailed 250 page prospectus on absolutely everything a potential buyer would want to know about the property. By disclosing all the intricate details and guiding our clients every step of the way, we take the headache out of purchasing a home,” assures Lambert. 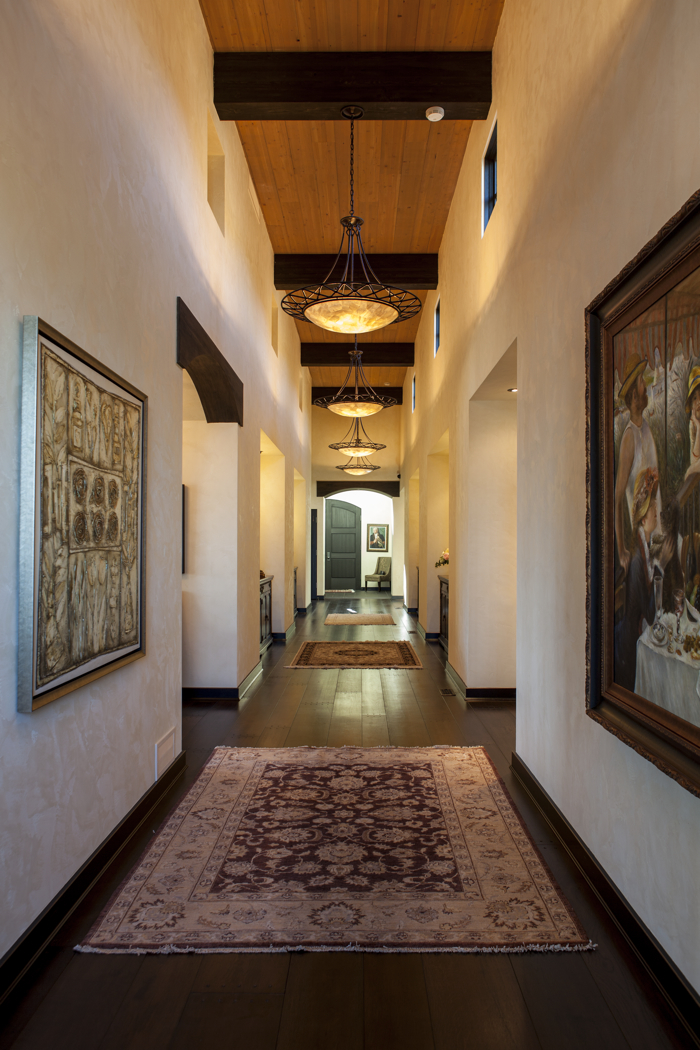 One of the most original services The Garage Sale offers to prospective buyers is an optional live-in viewing experience of one to seven days. Who would not want to spend a few days in La Sommita (translates from Italian as ‘The Summit’ ) a Mediterranean -style Italian villa overlooking Lake Okanagan, Kelowna? But lest you think this is a great opportunity to live like the rich and famous on a reality-TV show for a weekend, guests are carefully vetted and presented with their bill at the end of their stay- deductible only if you purchase the home!

“You wouldn’t buy a car without test driving it first,” says Lambert so why not take the extra time to make sure that this house suits all your needs? “ And with stunning decor – from tasteful antiques and contemporary furniture, original artwork, 300 year- old hand hewn floors, Persian rugs and state-of-the-art appliances included in the purchase of the luxury home, live-in viewing is the ultimate opportunity to make that well-considered decision.

“Buyer’s remorse is the last thing we want,” says Lambert. “Three of our vetted potential buyers for La Sommita spent different weekends at the home. We provide fully staffed service with a fabulous chef and concierge that can organize everything from golf games to heli and winery tours. This past Thanksgiving our chef even prepared a wonderful traditional turkey dinner for twelve. “ And yes, one of the clients who experienced the live-in package was the eventual purchaser!”

Considerable planning and expense by The Garage Sale team is invested into making the live auction event both spectacular and productive. The recent La Sommita auction attracted 100 ticket-holders (at $250 a ticket donated to charity) and along with 5 registered bidders , were wined and dined while listening to internationally acclaimed Canadian classical violinist Yi-Jia Susanne Hou and marimba percussionist, Svet Stoyanov. A charitable live auction with donated trip packages and celebrity memorabilia, always precedes the main attraction, and the La Sommita event raised $31,000 for The Nature Trust of British Columbia and Pacific Wild.

“Our auctioneer for the La Sommita property, Danny Hooper, had everyone – especially the bidders, on the edge of their seats,” says Lambert. “The room becomes electric. It’s pretty fast and intense for the buyers but they’re a very sophisticated group. We do have some short pauses with the paddles for everyone to catch a breath. When the gavel closed at $3.65 million the new owners along with the whole crowd went wild and burst into applause. We were thrilled says Lambert because the house had been on the market for a year already. Once we took it over, we had it sold in 10 weeks!”

With plans to expand to properties in the affluent all-seasons recreational enclaves of Banff, Canmore Vancouver, Whistler and Vancouver Island in the near future, The Garage Sale Luxury Auction House has raised the bar in an increasingly competitive real estate market.

“We continually strive to improve our services,” says Lambert, “and hope to offer four luxury homes for auction in 2014.”