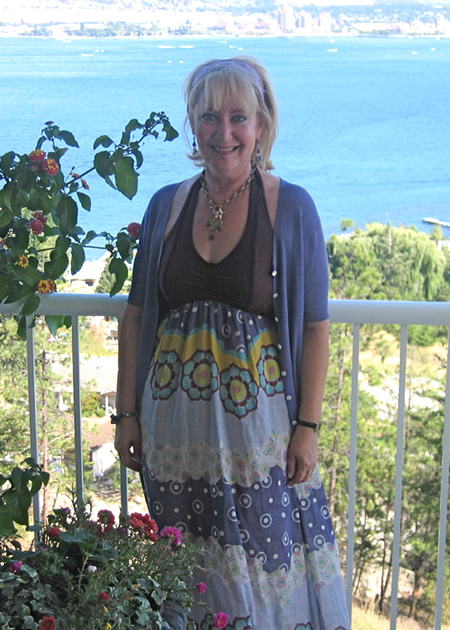 Born and raised in Toronto, Laura Goldstein has worked professionally in the arts for more than 25 years as both a performing arts/design/celebrity and sports publicist and professional writer for many national newspapers and magazines. Her features have appeared in the Globe and Mail, Vancouver Sun, National Post, Westcoast Homes & Design, Vancouver Living Magazine, Western Living, Gray Magazine (U.S.), Canadian House & Home, NUVO, Toronto Star and many others.

As a journalist specializing in all aspects of decor especially colourful textiles, home and hotel interior design, Laura has always been fascinated by the maker – not only the final product. Her interviews with Italian furniture designer, Patricia Urquiola, British lighting designer, Tom Dixon, the unconventional Canadian designer, Karim Rashid, American jewelry designer, David Yurman and British/Israeli cookbook personalities, Nigella Lawson and Yotam Ottolenghi  as well as Chinese fashion designer, Guo Pei, are just a few subjects of her insightful portraits.

“Curiousity has alway driven me and I love to delve into details that lie below the surface,” Laura admits.

In the past, as a publicist, Laura’s highly creative imagination fuelled her unique campaigns for film, television, performing arts and theatre. Her work has included promotion for Oscar-winning composer, Howard Shore (Lord of the Rings Symphony,) the Canadian Premiere of the Return of the Jedi; film director Deepa Mehta; and New Yorker Magazine cover artist Anita Kunz & her Library of Congress Exhibition in Washington, DC. A lover of theatre and tennis, Laura is someone who lives the ethos “do what you love, and you’ll love what you do.” In her early days as a publicist, she worked the PR beats for Canada’s Stratford Festival, Shaw Festival and Royal Bank Jazz Festival (Toronto, Montreal, Winnipeg & Vancouver.)

For six years Laura was Media Manager for Toronto’s Roger’s Cup Tennis Tournament, or as she likes to say, “back when Andre Agassi had long hair and John McEnroe still threw his tennis racquet.”

From 2005 to 2012 Laura took a hiatus from writing and began designing and making jewelry under the brand name, Mashu Mashu, with pieces eventually carried in 22 stores across Canada, the U.S. and online. She received media coverage in Elle Magazine, Globe and Mail, More U.S., Fashion Magazine and Gillette included several of her jewelry pieces in their national print ads for Venus razors.

Now based in beautiful Vancouver, British Columbia, Laura continues to write, combining her love for the arts, travel and culture on the local, national and international scene. A highlight of her career was covering the Royals Tour of Vancouver with Kate Middleton and HRH Prince William.