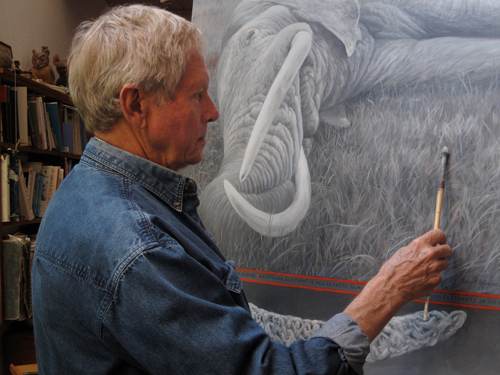 A charging rhino’s skin is so deeply creviced and weathered you can almost touch it’s hide and taste the African Savanna’s dust ; snow accumulates silently on an American elk’s antlers, the animal oblivious to the swirling snowstorm around him. The cold is palpable. At first glance they both appear to be photographs but are actually paintings in habitat by the master of the realist genre, Canadian artist and conservationist, Robert Bateman. 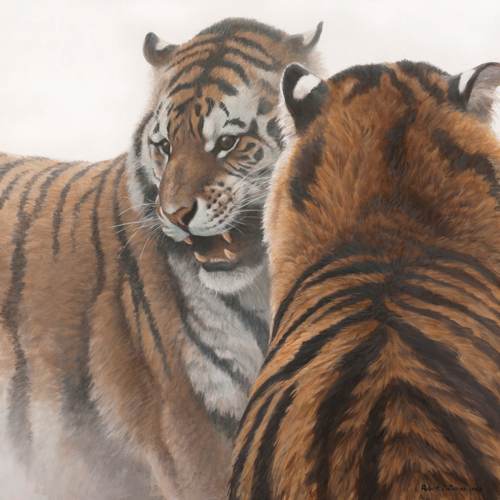 Sitting inside the galleries of Victoria’s privately funded Robert Bateman Centre, and surrounded by dozens of his wildlife paintings, he and his wife, celebrated photographer Birgit Freybe Bateman, seem oblivious to the whispers of circling tourists – “is that really him? ”

“I still want to be fresh and surprising just like nature, and not just repeat myself,” admits the erudite 84-year-old painter, who has considered himself a serious artist and naturalist since the age of 12 when his mother enrolled him in classes at the Royal Ontario Museum in Toronto. 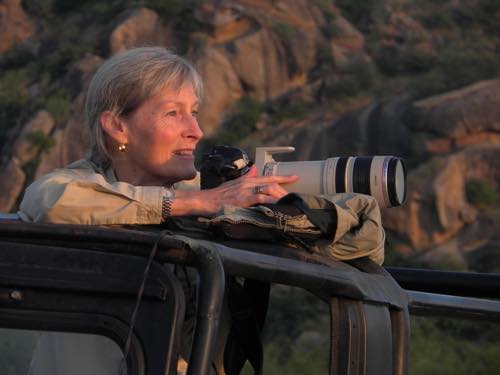 The Centre was created with The Bateman Foundation as a public charity and legacy for the definitive collection of Bateman’s life work – thus far! They include precocious childhood drawings that more than hint at his burgeoning talent, sculpture, etchings and experimental abstracts not widely seen before.

It’s also a tremendous educational resource and challenges the public to think about the importance of conservation. 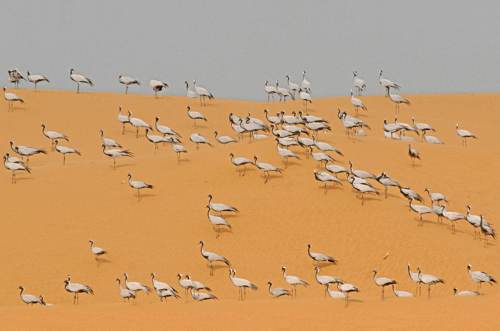 The globetrotting duo (married 40 years,) rarely slow down it seems, unless it’s to relax by cross-country skiing, canoeing or bicycling. Their architecturally stunning 4,500 sq-ft Japanese and Arts & Crafts inspired home, with studios, prolific gardens and views to Ford Lake on Salt Spring Island, is filled with indigenous art from their treks across the globe.

Whether bird- watching with HIH Princess Hisako Takamado in Japan; on an expedition with Canadian Geographic studying grizzlies in the First Nations’ Great Bear Rainforest, looking for Bengal tigers in the mangroves of India, or photographing the unique flora and fauna of the Galapagos Islands, the couple are never without sketchbooks, cameras and their insatiable curiosity.

“We usually work quite independently, and Bob shoots his own photos on location as a reference to use in his studio when he’s painting, ” says German-born Freybe Bateman who has contributed photographs to National Geographic Adventure, Conde Nast Travelor and Outside. Her exhibition, Mindful Vision, was sponsored by the State Russian Museum in the Stroganoff Museum, St. Petersburg in 2011. “But we’re just incredibly lucky because we both have the ability to share our own ideas with each other. It’s interesting because I love colour, texture and abstract images while Bob was very influenced by the abstract painters earlier in his career before coming full circle back to realism.”

Working on 5 to 15 paintings at one time, the making of Bateman’s art has always been intrinsic to the preservation of the environment.

Recently, Bateman took part in the Vancouver leg of Dr. David Suzuki’s national Blue Dot Tour, educating young people about the importance of conservation, the environment and our planet.

“When I speak at schools across Canada I ask students to close their eyes and think about a place that really means something to them, deep down in their hearts. I fear that if I ask young people that question, they just don’t have a real place – other than the Internet – it just isn’t there, “ he opines.

But Bateman remains eternally optimistic: “Just like it takes practice for people to really see nature, or build a friendship, it’s going to happen- it just takes time.”

Birgit Freybe Bateman is participating in an invitational exhibition“Here’s Looking At You”, at ArtSpring, Salt Spring Island March 16-29, 2015

Robert Bateman’s memoirs (as yet untitled) will be published in 2015 by Simon & Schuster.