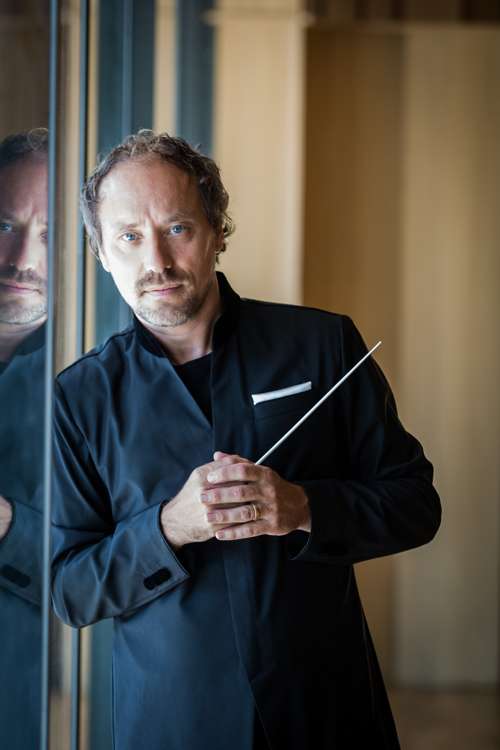 If frequent flyer miles were any indication of a conductor’s popularity, Maestro Otto Tausk, the Vancouver Symphony Orchestra’s new Music Director is about to become a household name. Following his exuberant September kick-off of the VSO’s 100th season at the Orpheum with the beloved American soprano, Renée Fleming and in subsequent weeks, The Masterworks Goldcomplete ballet score of Stravinsky’s The Firebirdfollowed by Symphony Sundaywith the VSO’s programme of Beethoven, Bartók and Kodály, he flew to New Jersey to guest conduct the N.J. Symphony Orchestra then on to Spain, guest conducting with Sinfónica de Galicia.

“Well not much,” he laughingly admits as he Facetimes from A Coruña, Spain before returning home to Holland for some well-deserved R&R with his family and then back to Vancouver.

The Utrecht-born conductor 49, feels completely welcome here by the city’s strong contingent of Symphony goers, the warm, well-established Dutch community and of course, the VSO themselves.

“I’ve probably flown about 65,000 kilometers around the world, in the last month,” he quips “so we decided as a family that my wife and the boys, 9 and 13 would stay in the Netherlands so that they have a base and I fly home whenever I can. It’s tough but in the life of a conductor you actually never know where you’re going to end up.”

Tausk was smitten with Vancouver when he guest conducted with the VSO in 2016 and 2017 and obviously the feeling was mutual; he was a front-runner in the three-year search for Maestro Tovey’s successor. 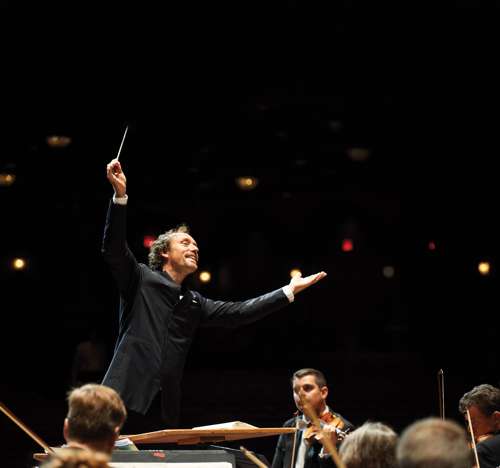 As former Music Director of the VSO, the third largest orchestra in Canada, Bramwell Tovey might have been a hard act to follow.

“Actually, it’s been really comfortable for me and not a difficult adjustment at all,” admits Tausk, previously Music Director of the Symphony Orchestra and Opera of St. Gallen in Switzerland and a celebrated conductor in the Netherlands. “Bramwell did such a great job as a Music Director. It’s been an exceptional situation that a conductor stays so long with a Symphony Orchestra (18 years) and I feel so lucky to join this ensemble. I feel at the same time, that the orchestra is looking forward and eager to get to know me, my ideas and the music I bring to them,” he adds. “Doing things differently is actually a good thing for an orchestra and brings a fresh approach for the future.”

Showcasing young international talent and introducing them to a Vancouver audience is very important to Tausk. That recently included bringing in phenomenal Dutch pianists, brothers, Lucas and Arthur Jussen both under 25-years-old and already established on the world stage, who performed Poulenc’s Concerto for Two Pianos. Closer to home, Maestro Tausk has invested time once a month as Artistic Advisor working with the VSO School of Music.

“You know young people are our future,” says Tausk. They’re really inspired by seeing other young soloists on stage and they think hey, classical music can be really cool. Having the VSO School of Music is really unique in the world – I don’t know of another orchestra that has that special connection.”

Having studied the violin as a child he was an award-winning musician when he decided to switch to conducting. “It’s the classic story,” he laughs, “someone was ill and they called me to step in and I loved it.”

He went on to study conducting at the Vilnius Conservatoire in Lithuania and served as assistant conductor to Valery Gergiev with the Rotterdam Philharmonic.

Maestro Tausk embraces a very broad repertoire and is implementing some imaginative programming. His 2019 Spring Festival entitled Music & Power reflects Tausk’s ruminations on how music affects history and society with a provocative juxtaposition of Richard Wagner and Felix Mendelssohn works while Inside the Symphonyis an opportunity for audiences to get up close and personal with Maestro Tausk and the VSO musicians following a trio of shorter concerts. He is also planning a celebration in music of the 75thanniversary of the liberation of The Netherlands by Canadian forces in 1945. “This is always close to our hearts and celebrated every May 5thand a national holiday at home each year,” says Tausk.

“I love the opera but it’s extremely time consuming so I try to do just one or two a season with mostly symphonic repertoire which is actually kind of perfect,” Tausk enthuses.

Watching Maestro Tausk at the podium you realize the drama and emotional investment he communicates while conducting and the incredible upper body strength and stamina needed to wield that baton over two hours.

“I try to swim as much as possible and I’ve started to run too,” he says.  “It’s so relaxing in the water to the point of meditation. Conducting is so physical and being on an airplane flying this often is really unhealthy. So as soon as I land and get to the hotel I try to exercise. Sometimes I need the time just not to think about anything at all otherwise my mind just keeps going. Except with swimming there’s a kind of tempo with my breathing, like a metronome mark and then I start thinking about music again so it’s a vicious cycle,” he laughs. “I understand you have a Polar Bear Swim every New Year’s Day in Vancouver. We have it at home too – I might even try it!”

For the full calendar of VSO events: Vancouver Symphony Website 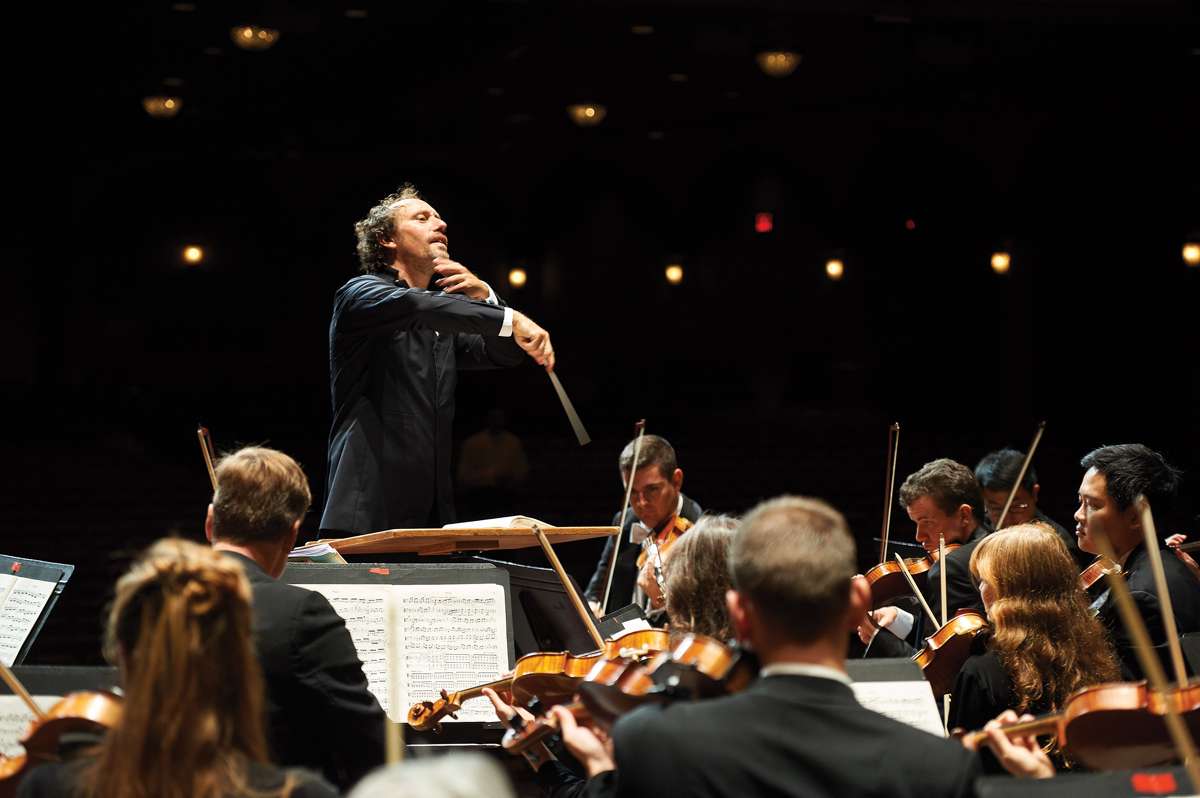