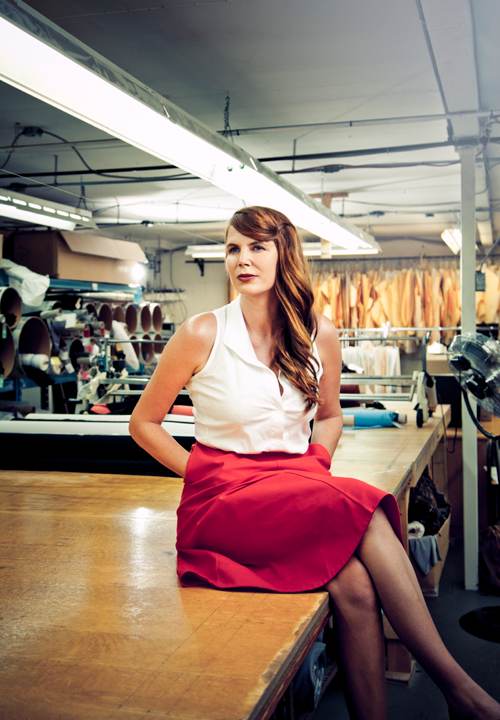 Swaths of narrow jagged charcoal mountains bisect parched golden sand. A vibrant orange sunset melts into an indigo blue and mauve sky like a watercolour painting gone awry; grey vein-like tributaries branch endlessly into rust-dotted cattle herds. This is the landscape of Namibia, Africa from a small plane as photographed by Canadian philanthropist and clothing designer, Treana Peake. It’s also part of her newest collection, Scarves For Water. Digitally printing the textures captured in those photographs, Peake designed three exquisite modele scarves launched recently by Anthropologie and are sold in their stores and online across North America.

“The scarves are named after three villages in the Namib Desert for which we have already drilled to provide water wells for clean, fresh, water explains Peake, the founder and creative director of the edgy, luxury women’s brand, Obakki . As we tour her new Gastown, Vancouver studio and factory in the midst of shipping the 2015 Spring/ Summer Collection, it’s obvious where her raison d’être lies: Unlike most brands that endorse a charity to be socially conscious, the philanthropic Obakki Foundation actually drives Peak’s fashion collections! 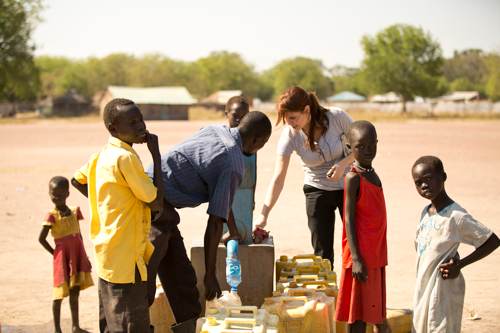 “Design is storytelling,” says a statuesque Peake, 42, “and I need to wrap myself around them by experiencing them first-hand.” For Peake as a child and later, for her own children, the old adage that ‘charity begins at home’ could not be more meaningful.

Those “stories” began when Peake was growing up poor in the small town of Hanna, Alberta and an anonymous donor would leave envelopes containing a cheque and food baskets at their door. (“To this day, I still don’t know who that was,” she admits.) That act of kindness left an indelible mark on Peake, years before she gave any thought to a career in the fashion industry. By 18 she began working with Military Officer Ed Smith, collecting clothes, books and toys then travelling to Romanian orphanages still devastated years later by Ceausescu’s regime.

Astoundingly, Peake is completely self-taught and got into the fashion business launching her first Collection in 2005 as a means to feed her humanitarian work. Married to childhood sweetheart, Nickelback guitarist, Ryan Peake and with two children, 8 and 10, giving back is a family affair: they spent last Christmas at an orphanage in Cameroon.

In 2009 with $500,000 in seed money from Nickelback to create the charitable Obakki Foundation, Peake chose to focus on South Sudan, the poorest country in the world with tribal wars constantly fought over water and access to wells. 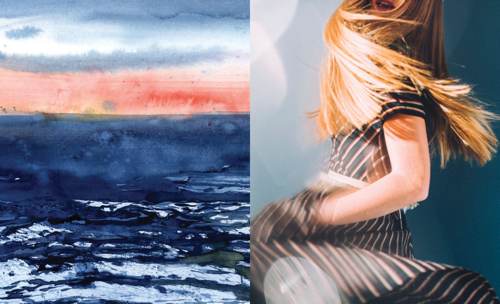 Travelling with a small passionate female team from Vancouver and always with a UN representative, it’s an incredibly risky adventure as many villages are deep within conflict zones. “I try not to think about the danger and don’t tell my husband what I really see,” Peake confides down-playing the threat of being caught in any cross-fire there.

“We’ve drilled or rehabilitated 700 wells and built 12 schools in two countries and just as important, we train and empower the local people with jobs,” explains Peake. “I’ve been to Sudan and now Cameroon thirty or forty times and I can’t tell you how gratifying it is to see that people have access to fresh, clean water that we take so much for granted in the West. “It’s the way I give fashion a purpose, ” she says with a huge smile.

Every collection designed by Peake has pieces that are influenced by the colours and rugged textures of Sudan and Cameroon. “The Dinka people are really the last of the nomadic tribes and the largest in South Sudan,” says Peake. For the 2015 Spring/Summer Collection I was inspired by the naturally loose draped frayed sack cloth they wear; the way the women paint their arms in bright orange-red dyes; the striped sand dunes and even their textured mud dung huts.” Several of Peake’s photographs have also been digitally transferred onto T-shirts for Spring.

Obaki’s celebrity clientele includes Kate Hudson, Gwyneth Paltrow and Olivia Cheng, but to the humble Peake, who feels uncomfortable partying in the glam Hollywood scene: “This isn’t a fad or trend for me -100 per cent of net profits go directly to the registered charity. But if stars grab the public’s attention by wearing Obakki and that generates great word-of-mouth, just think of all those wells and schools the Obakki Foundation can build! “