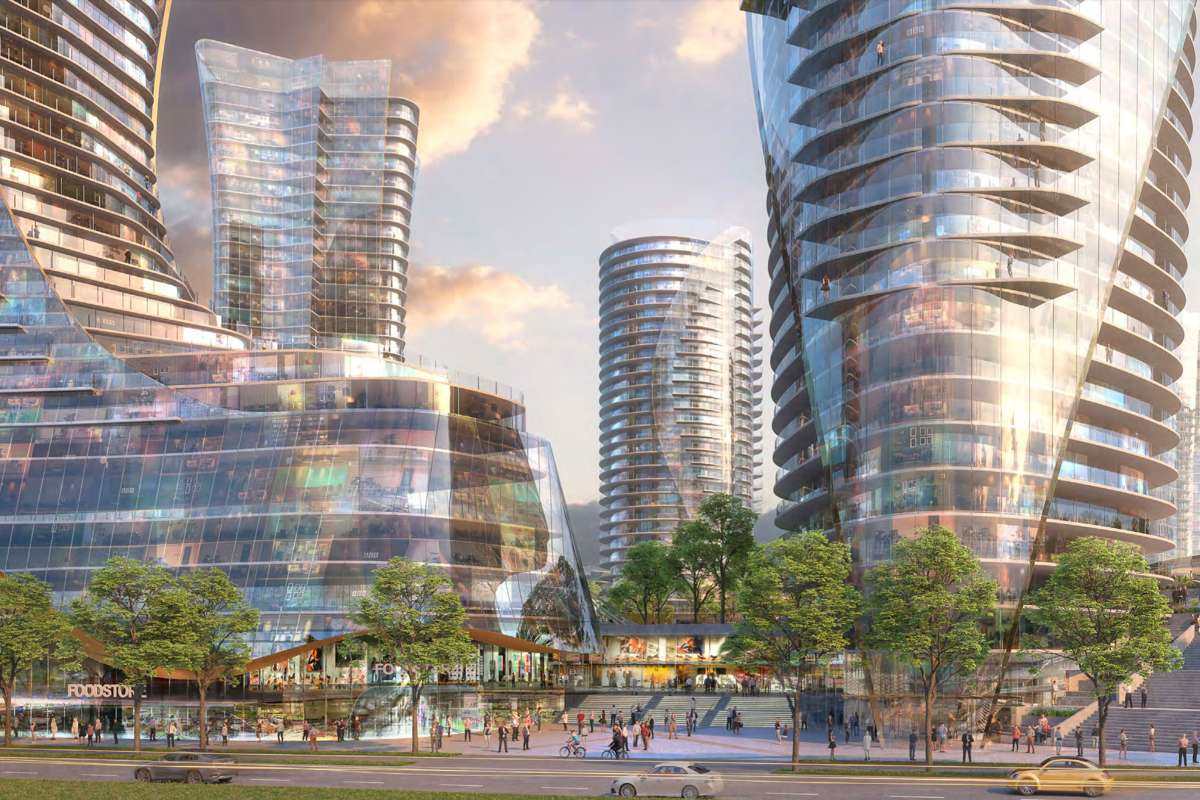 Unlike film dystopias, it’s the cultural component of bringing diverse people together as a mix-use community that’s at the heart of the futuristic $5 billion Oakridge Centre redevelopment.

“It’s not a mall, I don’t even think of it as a shopping centre, says lead architect, Gregory Henriques of the 4.5 million-square-foot project. “I think of it as a micro-city. It’s a little piece of new urbanism that integrates a 10-acre park, housing, retail, offices, residences, cultural facilities and civic amenities.”

With more than a decade in the exhaustive planning stages, the highly collaborative project to be constructed over 28 acres, is divided amongst 50 local and international firms and includes lead, Henriquez Partners Architects Vancouver, QuadReal Property Group, Ian Gillespie’s Westbank Development and Masamichi Katayama’s Tokyo-based interior design firm, Wonderwall. The imaginative landscaping will be created by Vancouver’s PFS Studio. Ground-breaking commences this year with construction in phases culminating in the largest development in Vancouver’s history when it opens in 2025. 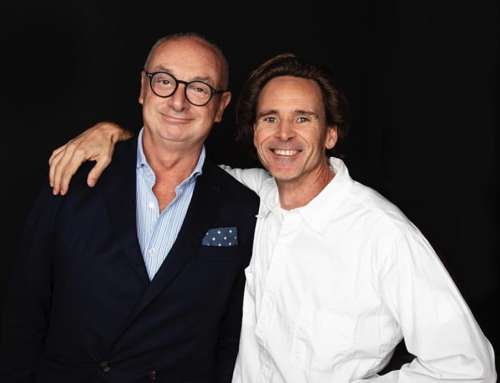 “This isn’t just grafting some residential on top of a shopping centre,” Gillespie explained at a preview of the project. “We are creating a cultural hub that has to be meaningful. The Goh Ballet is going to open a new practice at Oakridge Centre that will triple the size of the school. A 3,000-seat music venue will create an incredible music scene and a fantastic 100,000-square-foot Community Centre with fitness facilities, the second biggest (VPL) library in Vancouver on its 2nd floor, and community event space, as well as a second municipal town centre, are all in the works.”

Originally constructed in 1959 for a growing suburban population surrounding the Cambie Corridor, the new incarnation of Oakridge Centre is unparalleled in its scope. Four curvaceous buildings containing 2,600 homes for 6,000 people will have pre-manufactured sculptural pod-like balconies attached to the facade by a transparent wrapped scrim or veil.

From Italy to Vancouver: Imagine a sleek, open-concept condo with luxurious appliances like Miele stainless steel cooktops, built-in wall ovens with Apple-controlled Smart HomeKit technology. Designed by celebrated Italian designer, Piero Lissioni for Building 4, the largest of the residential towers at Oakridge Centre, occupants gaze out of floor-to-ceiling windows overlooking the spectacular 10-acre park that is actually the rooftop of the indoor retail space below. Best of all, with a click of a button, a sliding horizontal panel by Boffi hides appliances (and kitchen mess) away when your guests arrive!

Building 3, designed by Sergio Castiglia, pays homage to the natural beauty of Vancouver’s forests and mountains. Stone and marble walls accented by wooden panels immediately imbue a feeling of calm and serenity.

“I believe that more than convenience, people are looking for a meaningful experience,” says Oakridge Centre’s interior designer Masamichi Katayama, through a translator. “For me, the joy of the retail experience in the future means learning new things and food brings people together. I want to create an entire environment where the future, technology and nature all come together,” he says.

“The Kitchen” is an ubiquitous title for the futuristic food hall inside Oakridge Centre that transforms every stereotype we may have of a food court. Reminiscent of Amsterdam’s Foodhallen or Mercado de San Miguel, Madrid, the 100,000-square-foot dining space over two levels will feature ever-changing cuisine from aspiring and established chefs.

And of course, what is The Kitchen in Vancouver without a brew pub?
Glassed-in beer vats flanking escalators from the mezzanine on the main level, lead to a 32,000-square-foot Craft Beer Market with garage-style doors opening onto an outdoor patio.

Indoor retail space for the planned Oakridge Centre will double in size to 1-million-square-feet. Working with existing and new tenants, a pedestrian-only high street will also be part of an outdoor retail component.

With projected tourism of 26-million shoppers annually, Oakridge Centre 2025 will be measured as a futuristic model on the world stage for progressive living.