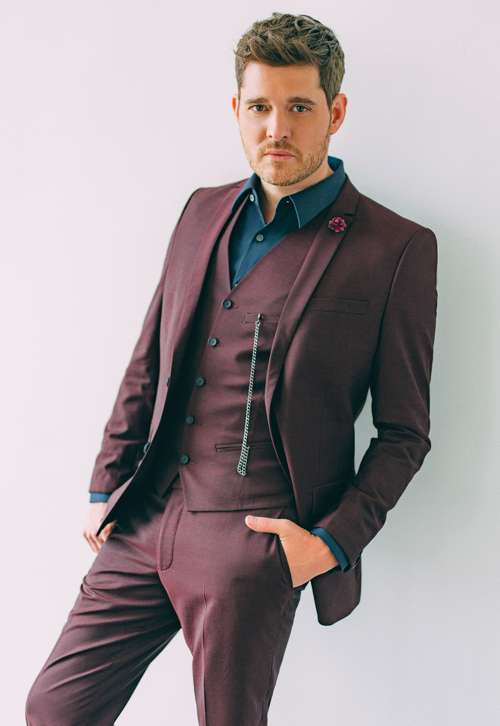 On the line from Buenos Aires, Argentina, Burnaby-born crooner, Michael Bublé is ecstatic: not about his new perfume, By Invitation launched last month in New York or the recent release of his new album, Nobody But Me, or even his behind-the-scenes performance documentary, Tour Stop 148 that screened world-wide for one night only, on September 27th.

“My son Noah just made me pancakes and eggshells with maple syrup for my 41st birthday!” he announces proudly. This is followed by “papi” speaking in mile-a-minute fluent Spanish to his 3-year-old, then Bublé is back on the line. “My wife, (Argentinian actress and model, Luisana Lopilato) is making a movie so I’m looking after the boys here with my mother-in-law,” he confides.

Injecting his rapid repartee with wisecracks and expletives, Michael Bublé is self-deprecating, down-to-earth and at times, disarmingly candid – an unexpected trait coming from a 20-year-plus veteran of the entertainment business.

“Having kids gives you a different perspective on life,” he says pragmatically mentioning the joyful birth of Elias this year. “But there was something else I felt deeply about – the trajectory of where I was going in my career. I remember being on an airplane and picked up a copy of Time Magazine with an article on Dr. Brené Brown who talked about leaving our comfort zones and taking risks and that really affected me,” Bublé admits. “I felt very strongly that I needed to challenge myself.” 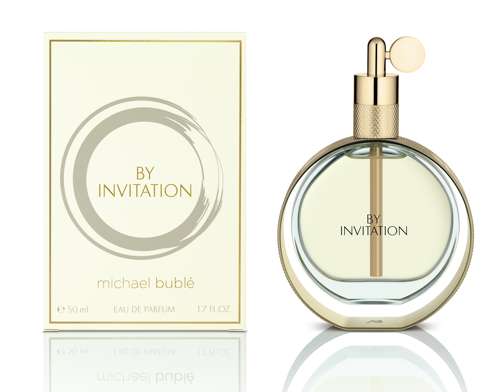 And that challenge came in two forms: taking creative control of the development of “By Invitation” from bottle design, fragrance and even naming the scent as well as co-producing his 9th studio album.

“Look, I’ve been approached many times over the years by perfume companies that license a celebrity name and all I’d have to do is smile and then they sell the perfume. I don’t need the money and frankly I always felt it was a bit cheesy.  But then I thought, it’s getting harder and harder to reach audiences- maybe this is an opportunity to be invited into the homes and lives of people who don’t know about me and might be inclined to give my music a chance.”was as enthusiastic about learning the fascinating science of perfume creation, as lead perfumer, Grasse-born, Karine Dubreui-Sereni was to work with him in the New York lab of Elizabeth Arden. “Creating Michael’s fragrance was a unique and very exciting experience for me,” she says. “I rarely get the freedom to use the noblest ingredients in perfumery to create a prestige fragrance for women, but with Michael I didn’t have any restrictions. It allowed my imagination to soar. I thought about him, his music and his passions and imagined myself as the woman who would wear his fragrance,” relates Dubreui-Sereni who also happens to be a soprano and passionate about opera and classical music. 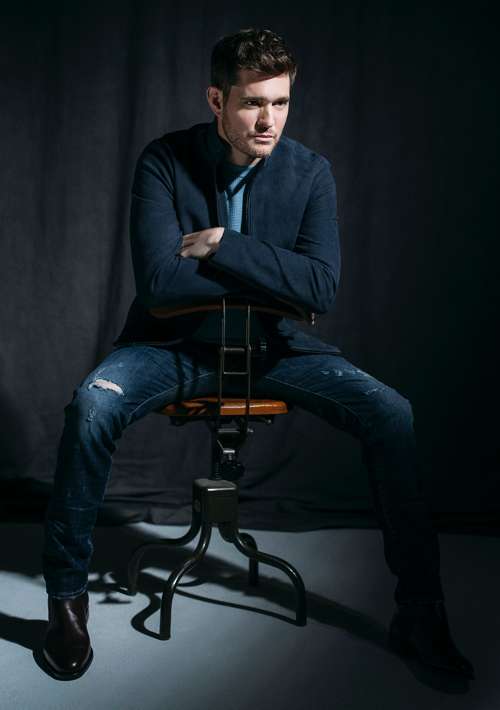 “I’ve always been a fan of scents that are not too strong or too floral,” says Bublé. “I wear the unisex Tam Dao by Diptyque, so I guess I’m drawn to vanilla, rose, patchouli, and sandalwood. By Invitation evokes a few of those scents, with top notes of red fruits and bergamot; heart notes of lily of the valley, wild jasmine and spicy inflections of peony, then wraps with a warm base of sandalwood-musk and addictive vanillas.

Did Michael Bublé go home and use Luisana as his guinea pig, spritzing her with every olfactory test fragrance to get it right?

“Absolutely not,” he says tongue-in-cheek, laughing. My wife has a little bedside table with all her different perfumes on it.  Of course I wanted her to love it and she does. And my Grandma, God bless her, has always worn White Musk. We really did a lot of testing research with 3,000 women of all ages to get their feedback. The point is, I don’t want to say to women ‘drop what you’re wearing and just use By Invitation.’ I’m saying, add it to what you love, try something a little different.”

They’ve obviously listened because when Michael Bublé launched By Invitation on the HSN (the Home Shopping Network) last month, over 21,000 units were sold in just 24 hours! That’s almost enough spritzes to affect climate change, I suggest to Bublé.

And “trying something a little different” was also the impetus behind Nobody But Me, co-produced by Bublé, his first studio album in three years. That voice, as smooth and buttery as the finest Scotch, is back in top form he assures his fans, (Bublé underwent vocal node surgery in June that forced him to cancel some concerts.) “And, for the first time ever, I’ve recorded an original song that I didn’t write,” Bublé reveals. “The album’s title track is written by the incredibly talented Meghan Trainor and Harry Styles. And having the opportunity to co-produce the album was a joy for me personally,” Michael Bublé adds.

Says the multi Juno and four-time Grammy-Award winner: “You know, I’ll never forget where I’ve come from but I’m even more excited about where I’m going.”