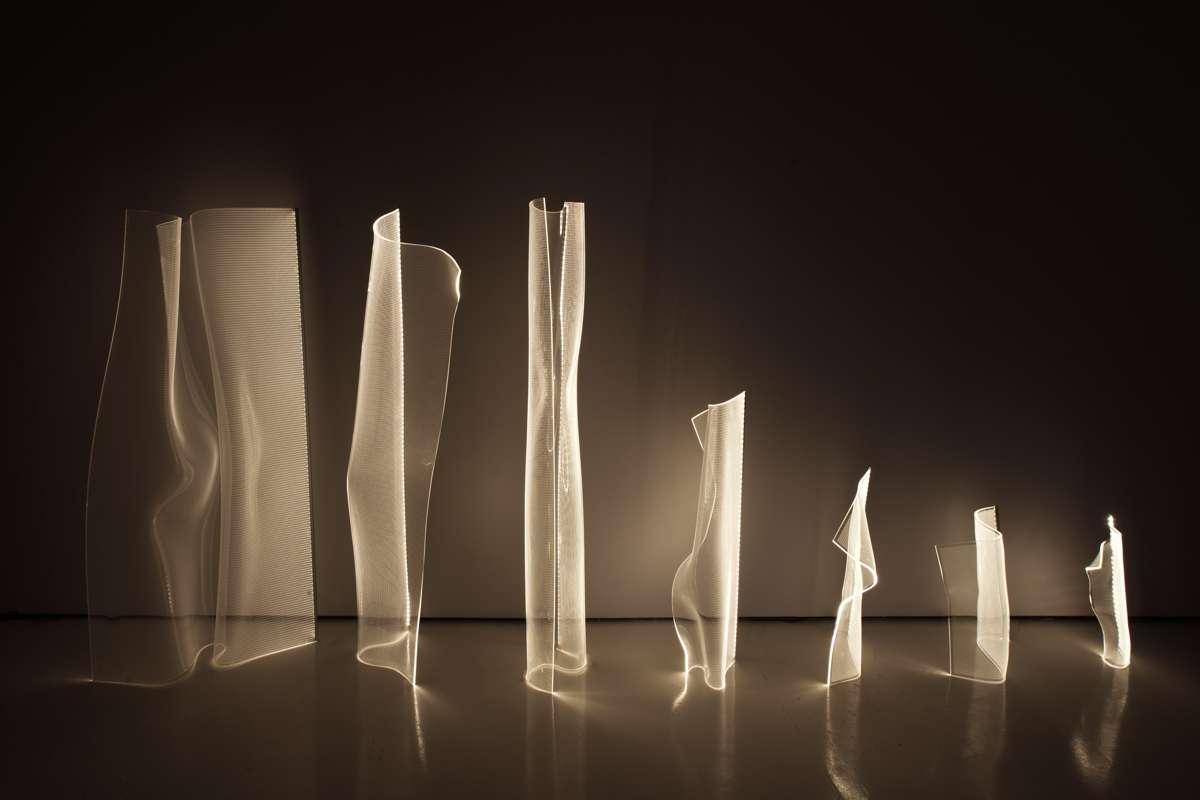 Gweilo, a family of ghostly apparitions, drapes light in a pooling effect across the floor. Like a cluster of crystallized stalactites, the Boro Boro chandelier’s frozen energy is as striking in a contemporary dining room as it would be in that of a futuristic Krypton.

These are two of the top ten finalists in the established Category of Vancouver’s third annual international L A M P – Lighting Architecture Movement Project competition announced this week. Chosen from over 90 submissions from 21 countries, a finalist in three distinct design categories – student, emerging and established, will be announced Thursday, November 12th with a public exhibition of twenty Nov.13-15th in Railtown’s Jan Kath Studio.

“We really saw L A M P as a wonderful way to connect and promote local and national Canadian talent with a broad spectrum of international lighting designers,” say founders, Annika Hagen and Nicole Fox curled up on a sofa surrounded by Inform Contract’s voluminous lighting and furniture showroom in Gastown. Surprisingly, both women come from completely diverse disciplines: Hagen a script supervisor in the film industry and Fox, in dance. The duo loves lighting and saw a niche for an international competition within Canada.

“Stepping out on a limb three years ago, Nicole and I combined all our contacts (including Vancouver’s internationally renowned lighting designer, Omer Arbel whose Berlin showroom has recently opened,) and the competition has just taken on a life of its own,” admits Hagen. 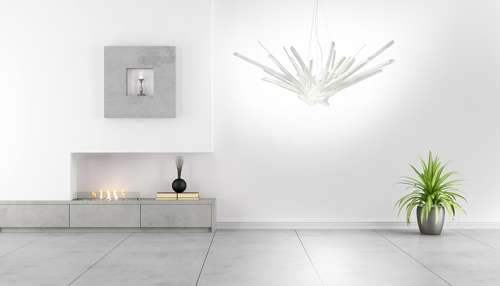 Each year L A M P – Lighting Architecture Movement Project, challenges designers to approach their creations with the guidance of a specific theme. Crystallize in all its connotations was the 2015 subject. Aesthetics, marketability, innovation and the most unique interpretation of this year’s theme, were the criteria deliberated by a distinguished panel of international judges that included London’s Tom Dixon Studio and Michael Anastassiades; Omer Arbel (Bocci Design, Vancouver); Nancy Bendtsen (Inform Interiors, Vancouver); Architect John Patkau; Falken Reynolds and a team from ANDLIGHT, Vancouver.

“There were many objects that functioned more as decorative arts than functional lighting, but that’s true of much commercially produced lighting. There were also many objects that would have been impossible to mass-produce, but that’s not necessarily a reason to disqualify. But it’s always better if someone has thought through the production challenges,” says judge, Tom Dixon from London, England commenting on L A M P finalists’ submissions. 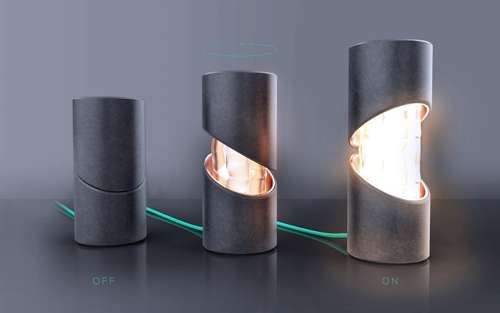 “Portland has become the new Brooklyn of makers and is highly underrated as a design community,” says Neal Aronowitz, a finalist in the L A M P established category. He grew-up in Brooklyn, NY, establishing himself in the construction and tile business then moved to Oregon. Surpisingly, Boro Boro (a playful nod to its frosted borosilicate tubes,) is Aronowitz’s first foray into experimental lighting design. “I would love to make a series of them as sconces and my fantasy would be to design a large version for a symphony hall or hotel.” “I have decades of sketchbooks filled with furniture and sculpture designs, admits Aronowitz. “A year ago I designed the Worl Table – concreate canvas with a twist, for Portland Design Week and Elle Décor Magazine featured it in their September issue.”

L A M P’s – Lighting Architecture Movement winner in the established category will receive t $1,000 cash prize and will be featured in Gray Magazine’s ‘Hot New Next’ December issue. First place in the emerging category receives $500 cash prize from Inform Interiors and in the student category an internship with ANDLIGHT.

“In the future, we hope at some point to be able to create a L A M P  ‘brand’ with some of our finalists’ fixtures but realistically, that’s not possible just yet, as we haven’t looked into manufacturing,”  admits Fox.

Here are a few finalists from the established Top 10 Category: 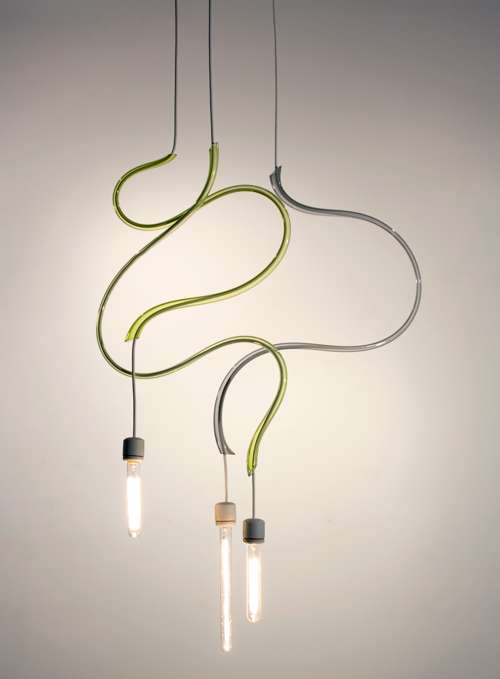 With design inspiration derived from a geode core, “Duality explores the transition between raw and refined materials and textures. Our aim was to create a pure representation of this through a striped back and simplistic form with a single alluring feature to entice interaction. When closed Duality is a contemporary and dark object; a solid intriguing form that invites curiosity. With a simple intuitive twist Duality opens, revealing a contrasting texture and crystalized core. Illumination is regulated when opened by the degree of twist, controlling light intensity and quantity revealed, until eventually dimming to off as the halves closed.”

“Ribbon throws a curve to bare bulb pendant lighting.  It is not a one-size-fits-all fixture, but a versatile design element that can hang individually or be paired and grouped for large installations. My goal with Ribbon is to emphasize the unique properties of glass while creating an adaptable product that is original, yet easily produced.”

“Gweilo is a new family of hand-sculpted lighting that transforms the light source itself. We were obsessed with the idea of creating a light that is light itself rather than a fixture, housing or clothing for standard bulbs. Gweilo was about getting as close to the source as possible. We started asking why can’t light pool, drip or drape? How do we crystallize the ineffable beauty of light?” 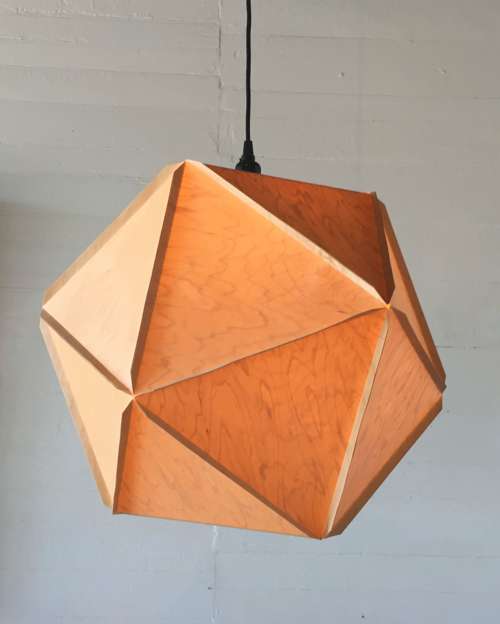 “Dramatically oversized, Light Trooper samples the shapes of traditional turned wooden candlesticks, each with its own expression that complements and interacts with each other. Like inconspicuous rocks on a beach, the clear acrylic is embedded within the structure and not visible at first glance. When lit up the light is transformed into a geometric form.”

“The Woodhedron wood pendant light is inspired by the score-and-fold techniques commonly used with paper and other sheet materials to create crystal polyhedral forms.”