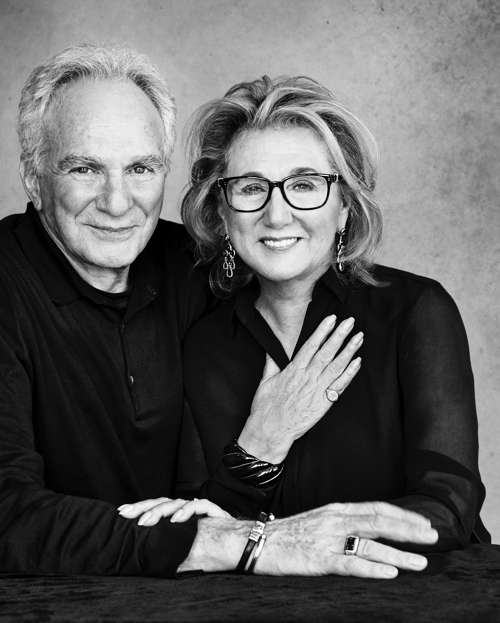 In Greek mythology, nine muses presided over the arts and sciences. For Renaissance man, sculptor, horseman and jewelry designer, David Yurman, ‘Sybil’ is the only muse he needs. Her name, which means oracle and prophetess, is his wife of 37 years; muse, painter and business partner for 47. When I mention that coincidence to the elegant Yurman, dressed all in black, spiced up by an Etro jacket the colour of a rich Bordeaux and “my own socks,” his eyes light up.

“Our business grew slowly out of collaboration, passion for learning and our common love of art and design,” he explains at his largest eponymous 1,226 square-foot newly renovated shop-in-shop within Holt Renfrew, Vancouver. On a whirlwind trip of boutique openings, the Yurmans have just flown into Vancouver from Dubai where they recently launched their brand in the region’s biggest shopping centres. His jewelry can be found in 46 retail and concession locations throughout the United States, Canada, France and at 350 locations worldwide. 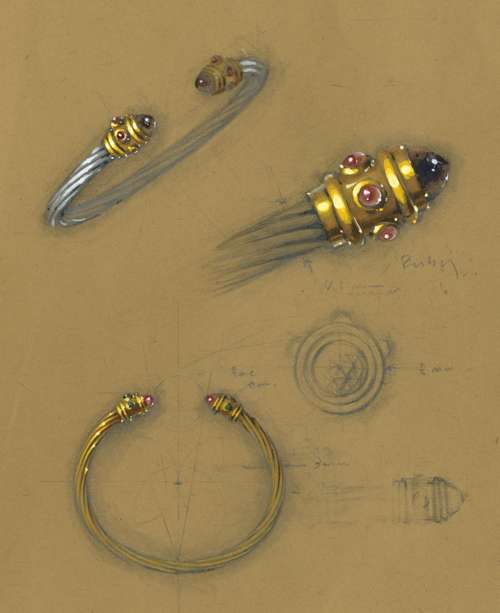 He started making small sculptures and jewelry while still in high school in Great Neck, NY, using the cafeteria as a pop-up store (before the nomenclature became trendy,) much to the chagrin of the principal.

“In school I’d daydream and find my own language in drawing and lines,” he confesses. To this day, David Yurman always carries a small notebook in his pocket, his bible of inspiration and sketches.

He was attracted to the bohemian life of the Beat Generation in the late 50s on the cusp of the turbulent hippy scene of the 60s. Yurman learned to make sandals from leather designer, Roger Rilleau in Provincetown, (“I can still make sandals and bags and I’ll never forget the smell of all those feet!”) Then his insatiable curiosity and drive to perfect his craft involved learning the process of creating 3D forms from molten metal rods by direct welding from sculptor, Ernesto Gonzale; an apprenticeship with the renowned sculptor, Jacques Lipchitz, then working for Abstract Expressionist, Hans Van de Bovenkamp in New York City. 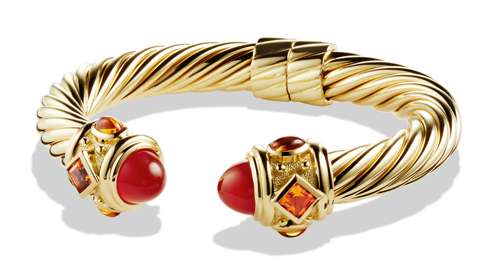 And that’s when Yurman’s life would change irrevocably. His When Harry Met Sally moment, except in this case, her name was Sybil Kleinrock.

“One day she strode (not walked) into Hans’ studio – her long hair flying like Cher’s,” says Yurman gesturing wildly. “I’ll never forget the tinkling of all those Tibetan bells, I think they were coming from her poncho,” he laughs. “I was so impressed with her black boots with red laces. She was an abstract painter and they used to call her “Scribbles” in high school.”

When David Yurman gifted Sybil with his ‘Dante Necklace’, a gallerist grabbed it up and ordered 4 more. Under the name Putnam Art Works, the duo began selling pieces at craft shows around the country, including rock and roll’s historic, Woodstock in 1969. 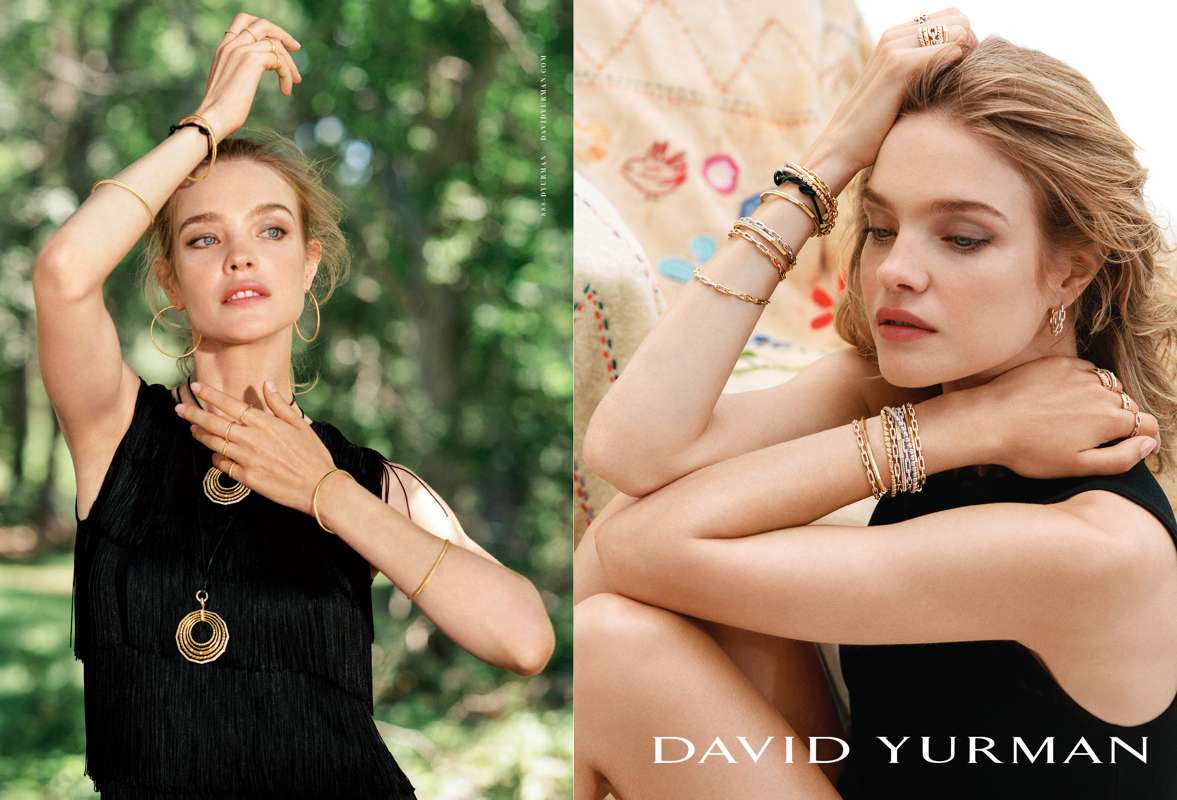 Combining his sculptor’s eye with Sybil’s painterly sense of colour and business smarts, they launched the David Yurman brand in 1980, introducing the Cable Bracelet soon afterwards. The torqued helix of sterling silver or gold with gemstones and diamond- embellished finials, recalls Egyptian, Roman and Medieval influences. Yurman’s style was immediately catapulted into its own class of understated American luxury “relaxed and attainable,” was our goal. “As in, Liz Taylor would send her assistant to buy a piece and then her assistant came back and bought one for herself,” explains Yurman.

With 250 to 350 designs a year, the Cable motif has since woven its way into all his contemporary collections for women and men: Stax reflects Yurman’s penchant for delicate multiples of rings, bracelets, charms and pendant necklaces while Pure Form is graphic and streamlined.

Their advertising campaigns have been carefully crafted extensions of their artistic vision, whether working with award-winning photographer, Peter Lindberg, lauded for his expressive black and white photographs of supermodels, Amber Valetta, Kate Moss, and recently, Natalia Vodianova or acclaimed filmmaker, Bruce Weber. “I loved working with Kate Moss for over 10 years,” says Yurman. “To me, she’s iconic of a woman’s spirit- vivacious and just a little bit naughty.”

In 2001 the Yurmans established the David and Sybil Yurman Humanitarian and Arts Foundation. David sculpted Angel Awards presented to Steven Spielberg, Elton John and conductor, Leonard Slatkin, who have given their time and funding to charity and the arts.

The apple doesn’t fall far from the tree. Recently, the Yurmans’ son, Evan who heads up the Men’s brand and is a motorcycle collector, designed a capsule collection of rings, timepieces, bracelets, tags and cufflinks made of forged carbon and resin. That’s also the cutting-edge component used in a one-of-a-kind MV Agusta Brutale built by racer Walt Siegl commissioned by Yurman to illustrate the jewelry’s endurance.

Says David, “you know, our collaboration – first Sybil and I and now with Evan, is a joyful dance and it’s become our legacy.”

Postscript: Through the David Yurman boutique opening at Holt Renfew as well as their support through the Splash Gala, over $35,000 was raised for Arts Umbrella, Vancouver.