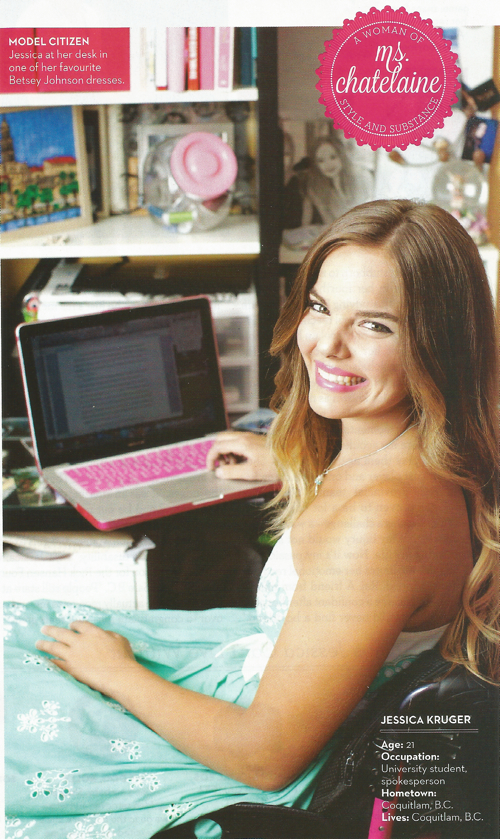 Whether colliding into her wheelchair rugby opponents; bungee jumping or shopping for Betsey Johnson dresses, JESSICA KRUGER does it HER way!

“People stare at me,” confesses the 21-year-old green-eyed beauty wheeling onto the terrace of Thierry Café in downtown Vancouver. “But some recognize me lately and actually come over to congratulate me – that feels great!” she adds and her whole face lights up.

Jessica was recently named the new Beauty Ambassador for Canadian Cosmetics giant, Lise Watier’s Something Sweet Perfume, selected from 400 national contestants by an extensive social media campaign and industry judges. She also happens to be a quadriplegic.

A Coquitlam, B.C. native, Jessica’s adventurous spirit and love of travel were instilled by age 6 when her family lived on their sailboat built by her father, sailing around the world for four years. “We visited thirty-seven countries- it was all my older sister and I ever knew.” 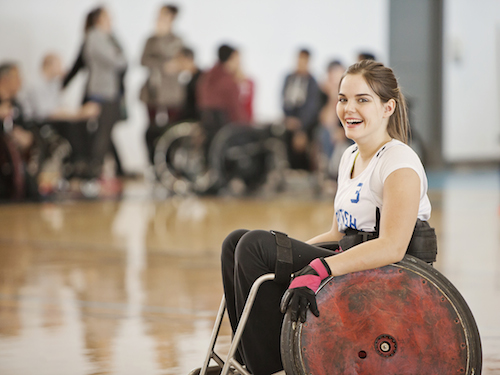 She became a quadriplegic when she was just 15. While working a summer job as an exterior house painter, she fainted and fell off a ladder from the second storey of a home. A CT scan showed Jessica’s neck was broken in four places. Paralyzed from the armpits down, she still has some function in her arms and left hand but her right hand is weak.
“Right after surgery, a nurse-social worker with obviously no bedside manner, told me I’d never walk again and my Dad was so angry he threw her out of the room. In the beginning we all believed I’d walk – especially during rehab for five months. Over the first three years, I never went through the usual steps of grief and anger. I refused to see a therapist. I guess I was in denial,” she realizes now. 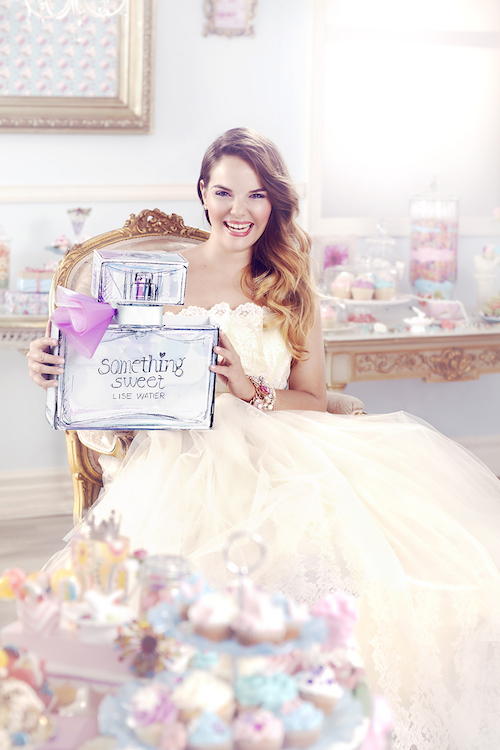 Starting grade 10 and still in shock, Jessica surrounded herself with good friends who formed a protective cocoon around her but her darkest moments set in by grade 12 when she was plagued by a series of health problems as a result of her accident and depression, “I realized this was going to be my life forever.” Now in her 4th year majoring in English Literature at Simon Fraser University (“I want to be a high school teacher”), Jessica attributes getting involved with wheelchair rugby (known as ‘murderball’ for its aggressive, full contact nature) as one of the defining moments of her life: “Wheelchair rugby has proven to be a lot of things for me,” she admits. “At first it was a challenge – a way to prove to myself that my injury would not stop me from living my life. I played sports before my accident, and I was determined to play them again. If there is one thing you need to know about me is that I am stubborn to no end!” she laughs.

She’s the youngest athlete and only woman on her co-ed B.C. Provincial Team and one of her goals is to be good enough to play on the National Team, representing Canada at the Paralympics. To accomplish that, Jessica works with a personal trainer twice a week.
A self-proclaimed “girlie girl” who always wears her pearl necklace even on the rugby court, Jessica adores dresses and owns 50. On a lark, friends talked her into entering the Something Sweet contest. “ It was an amazing experience being flown to Montreal, picked up by limo, staying at the W and having tea at The Ritz! It became an awesome opportunity to educate the public on women and girls excelling with or without a disability”, says Jessica, who is also a motivational spokeswoman for The Rick Hanson Foundation and WorkSafe B.C.

Driving since age 17 and fiercely independent, something her parents have always encouraged, “2013 has already been the most positive, exciting year of my life!” enthuses Jessica. “I just got back from Amsterdam with my boyfriend, Raj; I leave shortly with my sister Leah, for Croatia and I’m looking forward to finding an apartment near Granville Island downtown as soon as I graduate.”