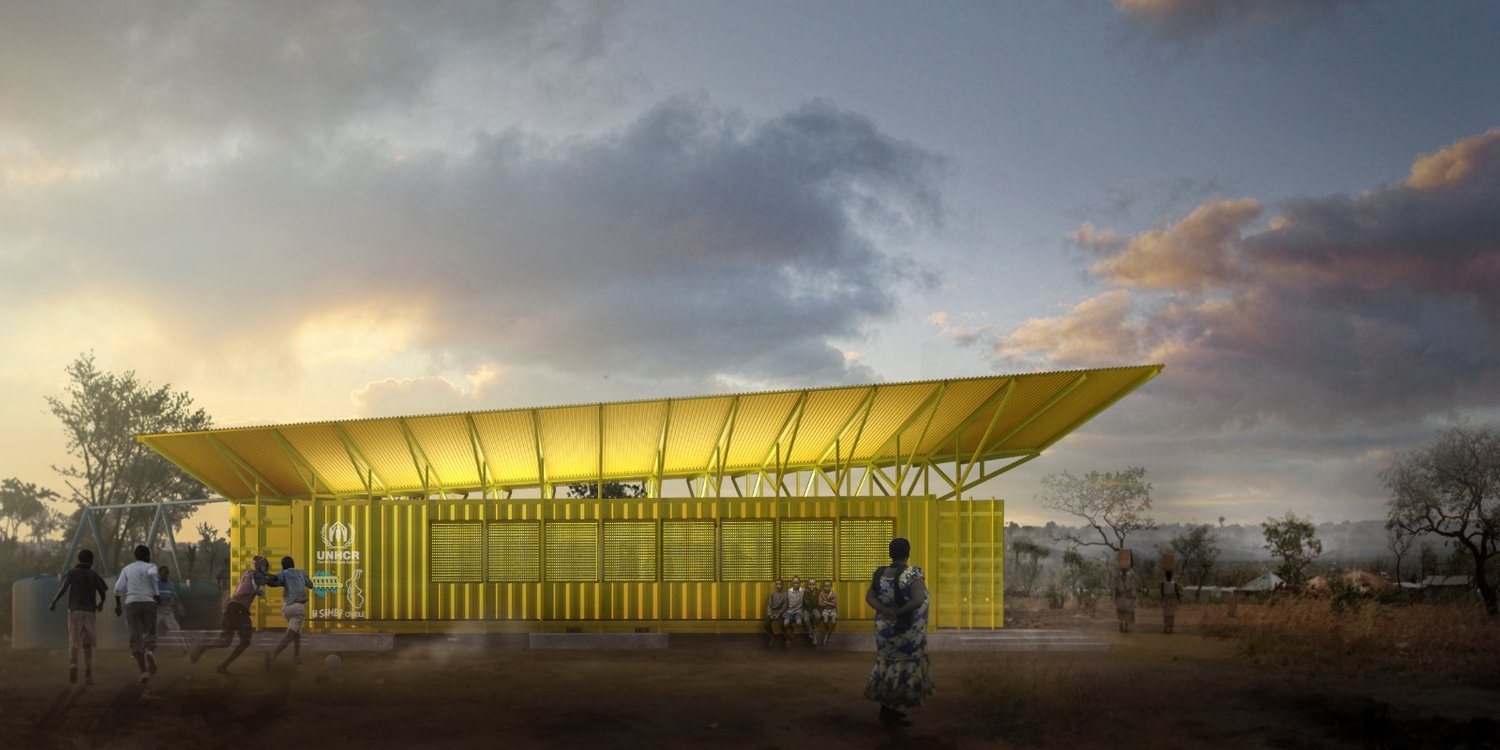 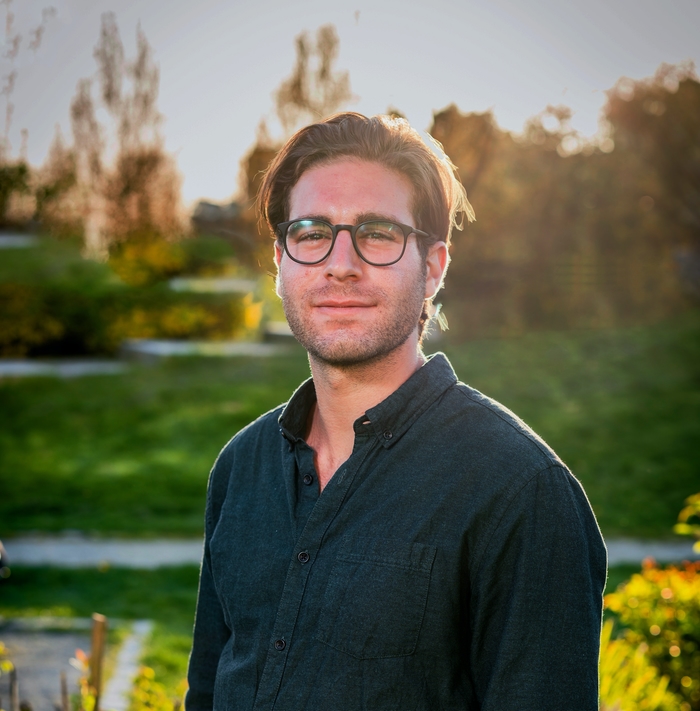 In our social media world of short attention spans in which kids and teens are held captive by TikTok, Snapchat, Twitter and Instagram, Vancouver based economist and humanitarian, Aaron Friedland strongly believes in “the transformative power of global literacy.”

In pursuit of that goal, Friedland 27, created a digital reading program called SiMBi.io (short for symbiosis,) in which volunteers read and record chapters of books in the public domain in English, making them available as audio/visual books, then share with partnering schools in Uganda, across Canada (100 in Vancouver alone,) and the U.S. “We’ve found that students are particularly attentive when they’re listening to other students read,” says Friedland. And, high school and elementary school students can get their volunteer credits by participating,” he adds.

It’s an old adage that ‘charity begins at home,’ and for Friedland, born in Johannesburg, South Africa, it was the mantra practiced by his parents who grew up during apartheid. “My parents, Phillipa a teacher and social activist and Des, a lawyer, laid a foundation for equality and charitable acts, so my sister and I followed by example,” Friedland explains.

Although the family moved to Vancouver in 1993, Friedland never lost his connection to the land of his birth. While attending King David High School in Vancouver, he helped to raise $10,000 for a playground at Hadassah Primary School in Nabugoye village, not far from Mbali, Uganda. Then, he travelled with his parents and another family to Uganda to install the equipment.

After graduating from McGill University in Montreal in Economics and Economic Development, Friedland worked at UN Watch as an analyst in a Fellow position at the Geneva-based non-profit. He also had an opportunity to speak at the UN in 2014 on the deteriorating human rights situation in Sudan.

The intrepid young man founded The Walking School Bus Foundation in 2015 (now the for-profit SiMBi Foundation,) when he discovered that schoolchildren in Uganda had to walk 5 miles to and from school every day in unforgiving terrain. “I know because I walked with them,” says Friedland. Fundraising purchased a Minibus that is used as a taxi while children attend school.

“We strongly believe that student literacy is the ultimate predictor of academic success globally,” he affirms. Friedland is such an eloquent and passionate speaker who surprisingly, struggled with dyslexia throughout his early school years. 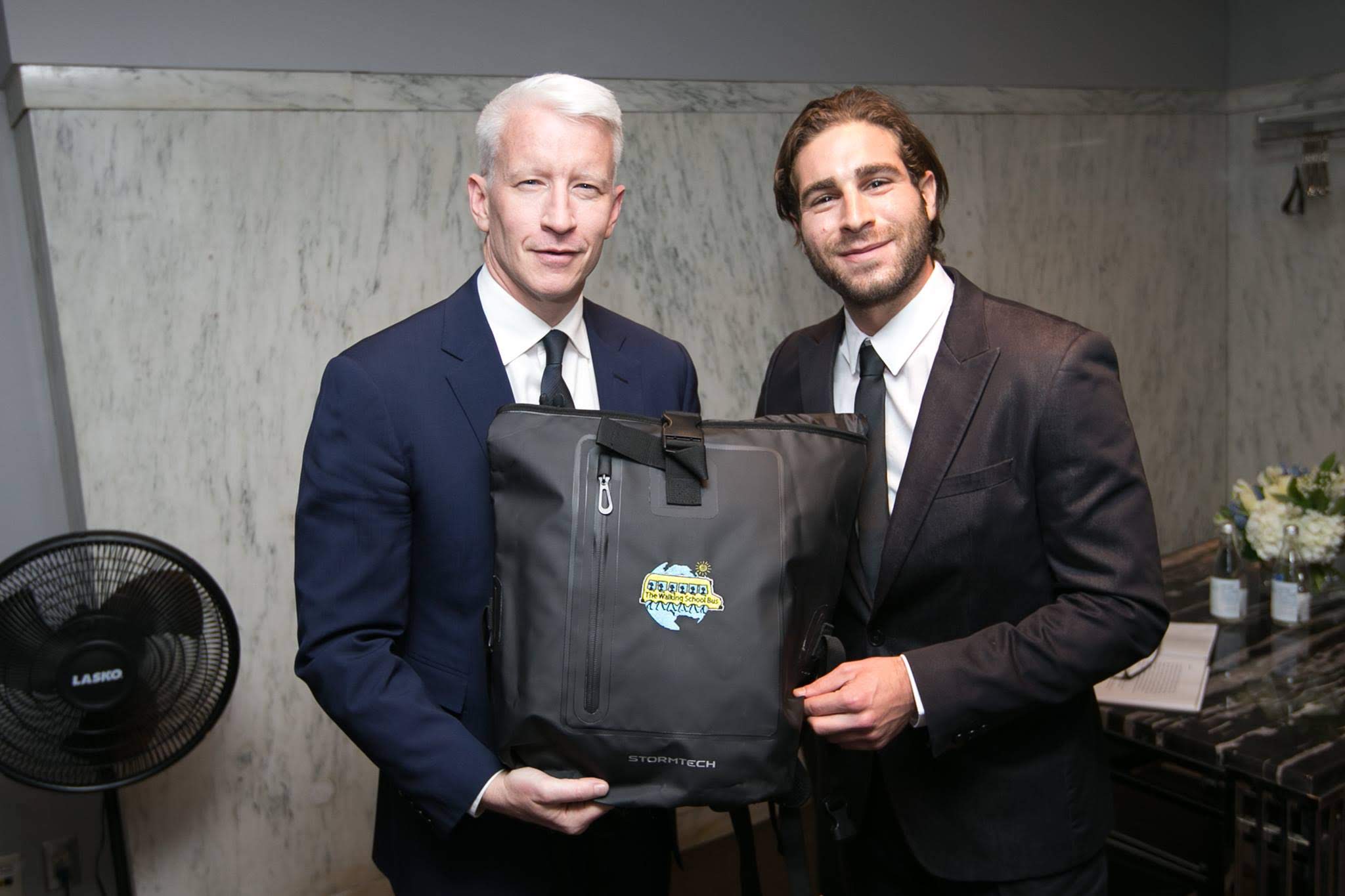 On a whim in 2016, he applied to the Albert Einstein Foundation’s annual The Next Einstein Competition that invites individuals across North America to submit ideas on how to make the world a better place. Friedland submitted his SiMBi digital reading proposal and won, chosen from 1,400 applicants. “CNN’s Anderson Cooper presented the cheque for $10,000 at a Gala in Toronto and I used the prize money to create the SiMBi downloadable app that our team engineered,” he explains. “I remember being backstage with him and he confided that he too had struggled with dyslexia.”

As CEO of the SiMbi Foundation, Friedland is so modest about his own accomplishments but effusive about his team headed by Ran Sommer and Alex Gillis, “Without whom, it just couldn’t have happened,” he emphasizes. In just four years, the SiMbi Foundation has not only raised almost $1million to empower global literacy through its innovative reading-while-listening application, but with his team, and the help of volunteer expeditions, they have partnered with UNHCR (United Nations High Commissioner For Refugees,) to create solar-powered classrooms in shipping containers known as BrightBoxMacros. Fifteen have already been constructed at the Bidibidi and Nakavake Refugee Settlements, home to over 450,000 people in Uganda and three classrooms in India.

“We also work with teachers at our partner-schools to match the massive library of educational content with their learning outcomes planned for the year, as regulated by the National curriculum in their respective countries,” he says.

“It’s been an incredible journey,” admits Friedland who was awarded a grant and the prestigious title of National Geographic Explorer by the Society in 2018.

“One of our goals is to grow our scholarship program and by the end of 2021, put 1,000 students in school at the Uganda and India Refugee Settlements. So for our newest project, women in the refugee settlements sew beautiful African fabric cases in diverse designs containing a pair of rubber flip-flops made from tires. From the sale of every 10 pairs we can send a student to school for a year,” he enthuses.

To volunteer for Reading For Good: 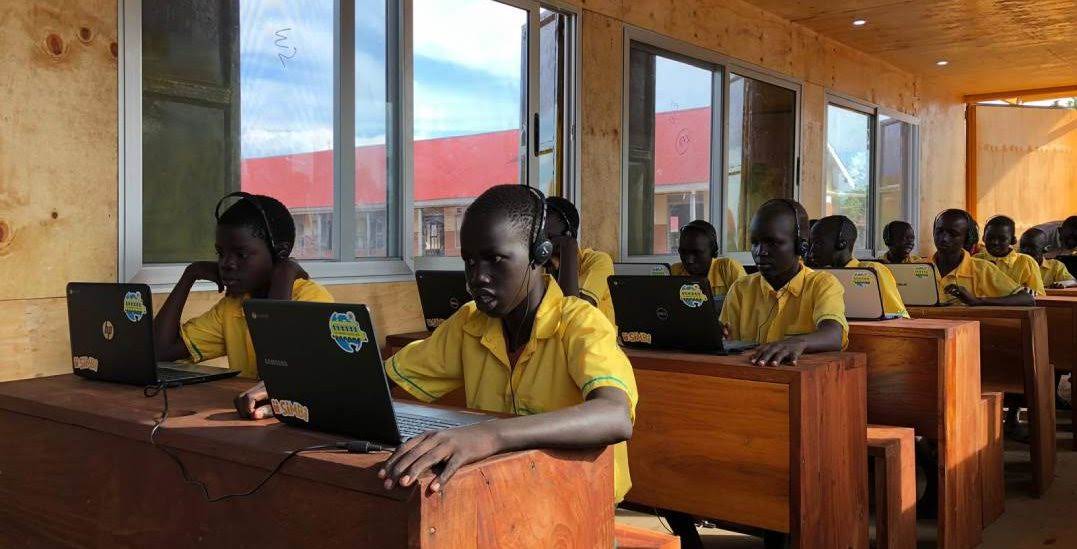