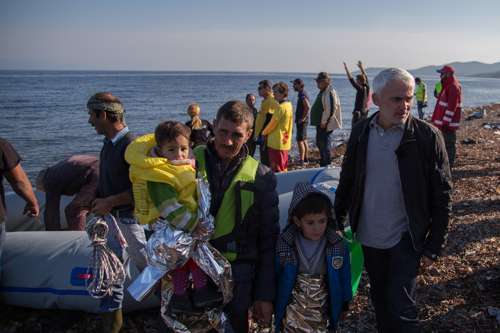 “I was devastated. I don’t want to sound melodramatic but what I experienced was so disturbing. What these refugees have gone through is beyond description-beaten by smugglers, living in the worst filth and squalor-it’s unimaginable-and it’s millions of people we’re talking about. Experiencing it first-hand changed my life.” Frank Giustra after arriving at Lesbos, Greece, seeing Syrian refugee arrivals, November 2015.

Sitting in the most amicable of dragon’s dens with panoramic views of the mountains and harbour from the 31st floor of his Fiore Group of Companies in Vancouver, CEO Frank Giustra is as down-to-earth as he is resolute.

The 59-year-old billionaire philanthropist and businessman made his fortune transforming Yorkton Securities into a major force in the world of international mining finance for which he became president and later CEO; founded Lionsgate Entertainment in 1997, is a major shareholder in Thunderbird Films. 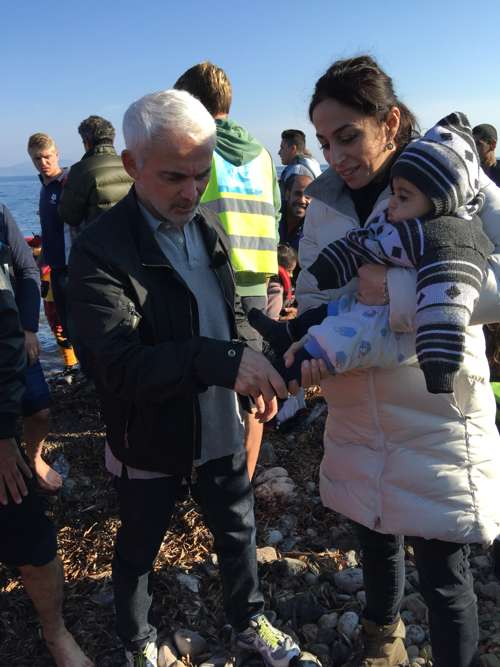 Frank Giustra is passionate, pragmatic and opinionated. He’s also a man who actually lives the old adage of ‘putting your money where your mouth is’ and it started when he was just a kid, living in the community of Aldergrove in Langley. Learning the power of empathy seemed to come naturally for the 11-year-old. “I decided to send a cheque from my paper route to Foster Parents every month. I got to correspond with a young girl in the Philippines, she was probably seven or eight-years -old and we’d write letters to each other for years.”

In 1997 Giustra established The Radcliffe Foundation, supporting international and local charities close to his heart like the Vancouver Food Bank, the Boys Club Network and Streetohome for Vancouver’s homeless. “Just before I started Lions Gate, I had done well and I thought, do it right, set-up a foundation. Up until then, I’d write cheques ad hoc to almost everyone who asked,” Giustra laughs. “But then I realized, I need structure. I wanted to tackle homelessness in Vancouver but there were too many large groups trying to help with band-aid solutions and no strategic plan. So we formed one cohesive group and one business plan. I think we put a big dent in it.”

When Frank Giustra met (former) US President, Bill Clinton in 2005, it changed his entire perspective on philanthropy forever. “I supported his HIV Aids initiative for two years. In 2007, I created this plan for a Poverty Alleviation Model in developing countries and we formed the Clinton Giustra Enterprise Partnership. I made a very pivotal decision that from that moment on I was going to dedicate more of my time to philanthropy and less to business,” Giustra affirms.

Surrounded by framed photographs posing with celebrities, and receiving awards from dignitaries like the Dalai Lama and Sir Elton John, one could superficially assume that Giustra lives a jet set lifestyle. Peripatetic yes, (six times to Lesbos last year alone,) but he’s intensely private. If he’s hob-knobbing with stars you can bet it’s to wrangle their philanthropic support.

“I don’t intend to be just another dead rich guy and my children know I plan to give it all away while I’m still around to enjoy what it can accomplish,” he says nonchalantly. “Philanthropy has changed dramatically over the last 15 years-philanthropists today want to see results, just like a business, with an entrepreneurial approach to deploying money.”

In 2016, Giustra focused all his energies on alleviating the Syrian refugee crisis. Coincidentally, he was vacationing in Greece with his American friend and philanthropist, Amed Khan in 2015, unaware that what was soon to become a global ‘cause célèbre’, was erupting only a few miles away. “Amed was a former employee of the Clinton administration and has worked with refugees in Rwanda,” says Giustra. “He asked me, ‘did you know that just a few miles from here, people are drowning trying to escape from Syria?’” “Frankly, I’d heard very little.” (This was before the global media frenzy began when the body of 3-year-old Syrian, Aylan Kurdi washed up on a Turkish beach on September 2nd, 2015.)

“I went home but Amed stayed and spent the next month travelling around Lesbos, following the refugees along the Balkan route to get to Germany and Sweden. He kept texting me saying, ‘you would not believe this situation-it’s out of control.’”

“And here I was, thousands of miles away in Vancouver and it’s not resonating,” Giustra confides. “Amed was talking to some very famous celebrities and no one stepped up to help. So finally I said, I’ll do it but I have to come and see the situation for myself. “That was the turning point.” 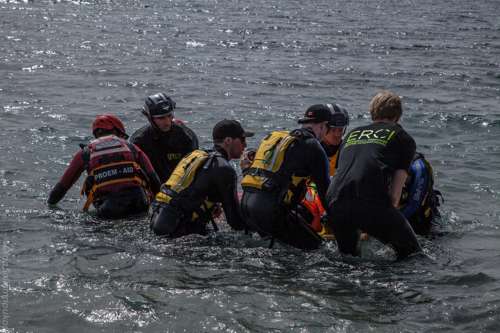 Kahn hit the ground running in Lesbos, while Giustra sprang into action rallying private sector funding helping to build a “Welcome Centre” with the IRC, providing medical services and basic supplies like toiletries and mattresses for several thousand people. He arranged for a team from Vancouver Search and Rescue to travel to the crisis epicentre to help guide Syrians to shore and instruct volunteers. Realizing that refugees were desperate for proper housing, The Radcliffe Foundation, in partnership with the Greek Ministry of Migration, renovated an abandoned clothing factory near Thessaloniki in northern Greece. The Elpida Centre, recently opened to the first 160 refugees and provides family housing and medical facilities for up to 800 people.

“You know, if we could create the Elpida Centre in a matter of a few months, what’s taking the governments so long?” asks a clearly frustrated Giustra. “The good news is, it embarrassed people into action and brought corporate players from Fortune 500 companies to fund more ‘Elpidas’ in Greece. 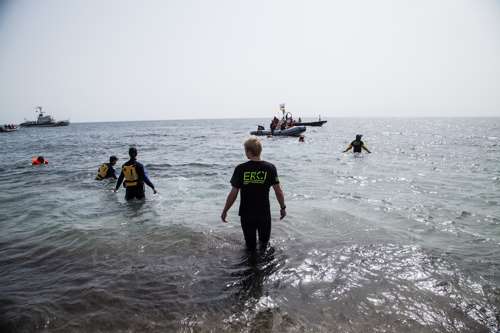 “We came up with a collaborative ‘Call To Action’ concept, the Refugee Crisis Film Competition urging filmmakers to create a short film, 60 seconds in length that would educate and inspire Canadians,” says Jacqueline Dupuis, Executive Director of VIFF. “Chosen by the public through social media, 120 entries were short-listed by nine judges including Sophie Grégoire Trudeau, Grammy and Juno Award-winner and philanthropist, Sarah McLachlan and the Honourable Louise Arbour, former UN High Commissioner for Human Rights and former Justice of the Supreme Court of Canada.” Giustra presented the winner, Alex Nagy with a cheque for $20,000 for his animated film, Helping Hand. It was screened at VIFF and in Cineplex and Landmark theatres across the country for a month.

Giustra is an emphatic proponent of direct impact philanthropy. “Look, I think the international aid system is broken and I’m not the first guy to say that. It’s inefficient, it’s political, it’s bureaucratic, and very wasteful with layers and layers of hoops that the money has to jump through and on each layer somebody is taking a piece off the top by the time it reaches the actual beneficiaries.” And all too often, it never does.

“Using the Canadian Private Sponsorship Model we are developing a Global Refugee Sponsorship Initiative, trying to show how you can identify the problem and implement the solution much quicker as an entrepreneur, even with government institutions involved.”

It was presented in December 2016 in Ottawa to international delegates, and met with an overwhelmingly positive response.

The Radcliffe Foundation recently partnered with the George and Amal Clooney Foundation for Justice, a private sector initiative to educate all out-of-school children in Lebanon including Syrian refugees.

“My philanthropic journey has been an evolution for me,” admits Frank Giustra,” but I realized pretty quickly in Lesbos, once you connect at a human level, you think, that could be you and your kids!”