“Surrender your cellphones and all communication devices! Standby for pat downs. Open your knife kits for inspection – no food or spices allowed.” 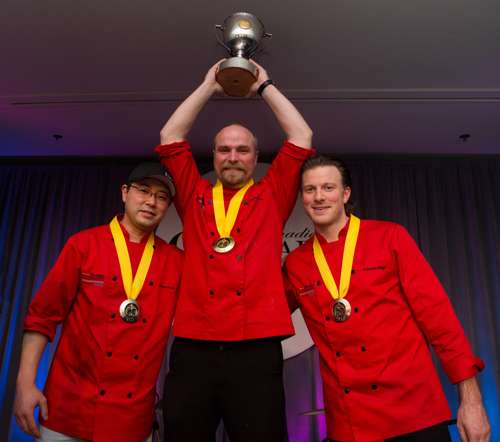 An excerpt from an episode from prison dramedy, Orange Is the New Black? ” Not quite. Executive Chef Ryan O’Flynn is reminiscing about the culinary referee’s missive to chefs prior to the Black Box competition- part of the rigorous two-day, 2015 Gold Medal Plates Canadian Culinary Championship final in Kelowna, B.C. last year. O’Flynn was awarded the coveted honour of best in the country from 11 of Canada’s most intrepid chefs.

“I was completely chilled out,” the energetic O’Flynn, 38, admits.

“That’s because I was a bit of a dark horse – no one had heard of me! In fact, Chef Luc Jean from Jane’s in Winnipeg and I noticed cameras would zoom in like paparazzi on all those big city boys while they were cooking and so we were under a little less pressure,” Chef O’Flynn confides laughing.

Not anymore. O’Flynn has joined those “big city boys” as Executive Chef of The Guild located on the main floor of downtown Calgary’s historical Hudson’s Bay Company building. It opens officially in July to coincide with the 2016 Calgary Stampede, no doubt a strategic marketing move by the Oliver & Bonacini restaurant empire in Toronto who are adding a Western jewel to their crown of up-scale properties.

Executive Chef O’Flynn has been in Toronto for the past five months, developing his menus, testing and re-testing recipes and working with restaurateur and MasterChef Canada judge, Michael Bonacini to open two new restaurants there. 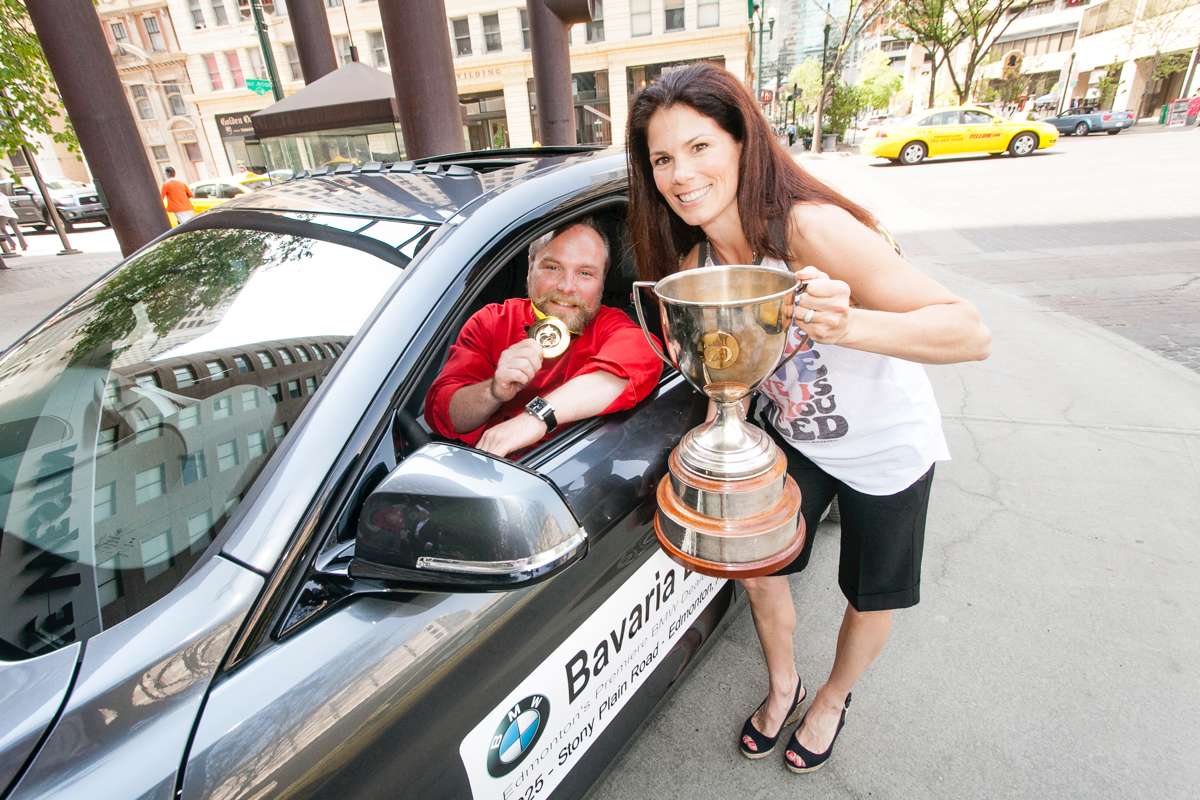 “It’s so fantastic to work for a chef-driven company that really emphasizes technique,” says O’Flynn whose excitement is palpable even by telephone. “The Guild will be an all – Albertan experience and by that I mean unapologetically, meat and game.”

The menu of The Guild, reflects the roots of the elegant historical Edwardian architecture and marble arches of the building that opened in 1913 to great fanfare. “ We are taking classic old-school British and French recipes from the 1900’s and giving them a modern twist,” says O’Flynn. “Like a Wellington out of deer loin for the centre then wrapped in a buckwheat crepe,” he explains.  “I spent time with Aboriginal people out West, learning ancient cooking methods and then adapting them for use in a modern kitchen. So wild boar, white- tailed deer and bison will be smoked in pine and birch, giving them tremendous flavor.  We have a large open grill at The Guild that will burn huge logs with duck and fish suspended over it. One of our many desserts includes the classic Chomeur Pudding (the name means ‘on the dole’,) that would normally be made with maple syrup in Quebec, but in Alberta we use the indigenous birch tree syrup. Everything has been sourced in Alberta, farm-to-table” assures O’Flynn, “and I love the challenge of re-inventing a classic.”

Though born in Edmonton, O’Flynn spent a substantial part of his adolescence in Wales. Later he re-discovered his roots when he moved to Europe for ten years. He honed his cooking skills and indefatigable drive to succeed at many top restaurants including Dunbrody Country House Hotel on Ireland’s south coast, The Celtic Manor in Newport, Wales and under the infamous, Gordon Ramsay at Petrus in Knightsbridge (“where I lost about 20 pounds!”) He later became head chef at Le Gallois Restaurant in Cardiff; has cooked twice for HRH Queen Elizabeth and as Executive Chef at The Milestone Hotel in London “cooking for lots of royalty and several prime ministers,” he says. 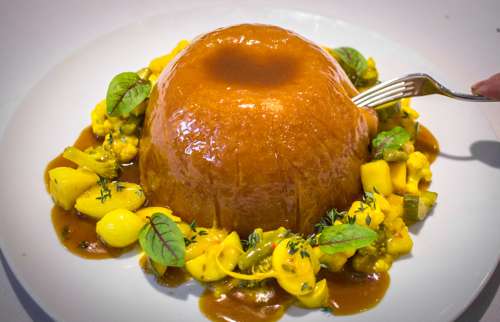 Recently, O’Flynn was Executive Chef at The Westin Hotel in Edmonton. “I’m really proud of the fact that I actually apprenticed there many years ago, then after winning The Canadian Culinary Championship last year, came back as Executive Chef at Share Restaurant. ”

Upon winning the Championship, O’Flynn was presented, with a 2015 BMW 428xi Gran Coupe by Gold Medal Plates spokeswoman and 2002 Olympic Skating Pairs Champion, Jamie Sale. I can’t resist asking if it will help him to get to work faster to oversee his team of sous-chefs at The Guild?

“It certainly will until the lease runs out next year. Then I have to give it back,” he laughs.

He won the 3-part Competition consisting of Wine Pairing, Black Box, and Finale Dish, the latter a terrine of pine- smoked Alberta river sturgeon and cured Quebec foie gras; wild North West Territory morels, with textures of Okanagan apples and toasted brioche, paired with Sandhill Small Lots 2013 Viognier. Chef O’Flynn was presented with a 2015 BMW 428xi Gran Coupe by Gold Medal Plates spokeswoman and 2002 Olympic Skating Pairs Champion, Jamie Sale. The car will definitely help him get to work faster to oversee his team of 40 chefs at The Westin Hotel.