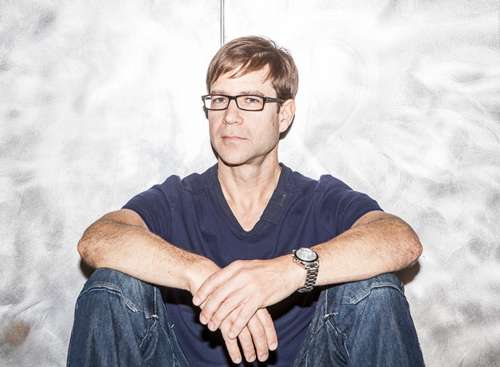 Steep, descending escalators lead down 74 meters at the deepest point, to a cavernous underground that is one of Moscow’s hidden treasures. Suddenly, one enters what looks to be a turn-of-the century theatre, so opulent that you expect to see Vaslav Nijinsky of the Ballet Russe, leap from behind one of the towering Art Deco arches. Instead, blasé Muscovites check their cell phones and wait patiently for the next subway train.

“For a year I tried by myself to get through all the levels of bureaucracy in Moscow that would allow me to photograph the incredible architecture in the Metro stations built under Stalin’s regime,” confides the award-winning Vancouver photographer, David Burdeny. “But the more I was told ‘you can’t do it’, the more I was convinced I could!” 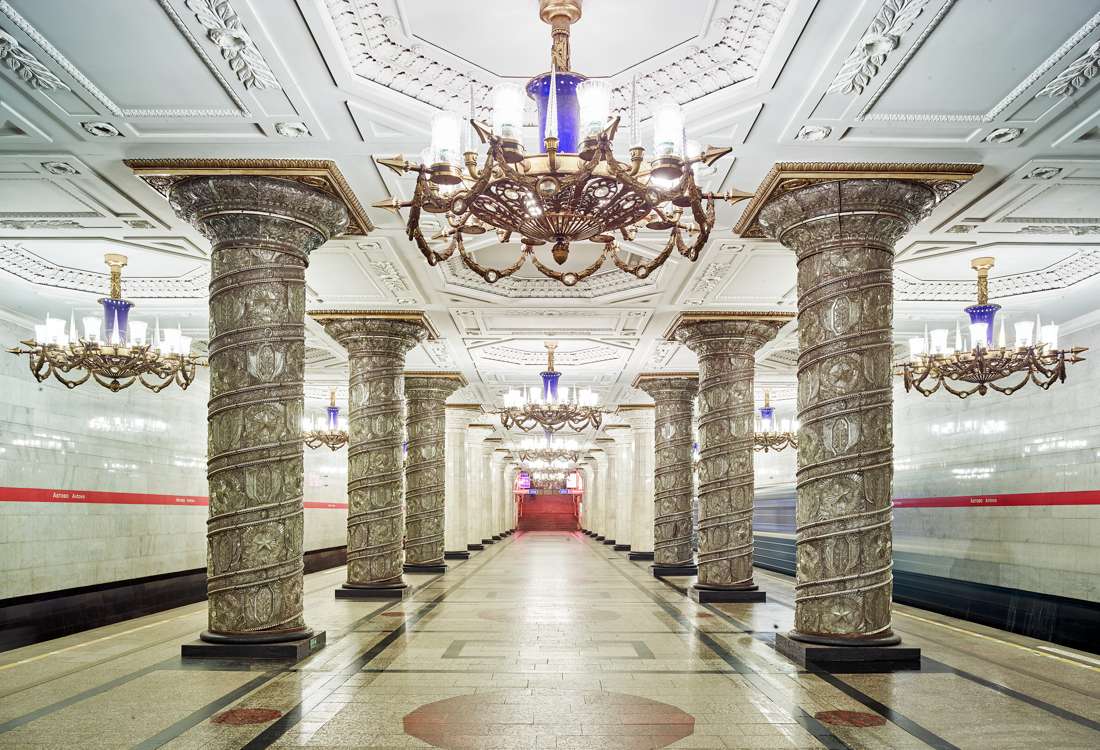 Serendipity stepped in after viewing a segment of Britain’s ‘Top Gear’ television show that featured the Moscow Metro, and Burdeny contacted its producers. He was put in touch with the translators on the shoot, Arsenio Outekhine and his wife, natives of St Petersburg. By 2014 they had pushed the paperwork through and Burdeny, who had to rent each Metro station by the hour, spent two weeks shooting inside.

The intrepid photographer’s perseverance paid off: “A Bright Future” –New Works from Russia comprising 20 photographs, opened to rave reviews at the Jennifer Kostuik Gallery in Vancouver, (with whom he has exhibited since 2001.)

In fact, Burdeny, 46, is probably the only professional photographer in the world to have been allowed access to capture these images in this manner.

Born in Winnipeg, Burdeny was given his first camera at age 12 developing black and white prints in a makeshift darkroom. 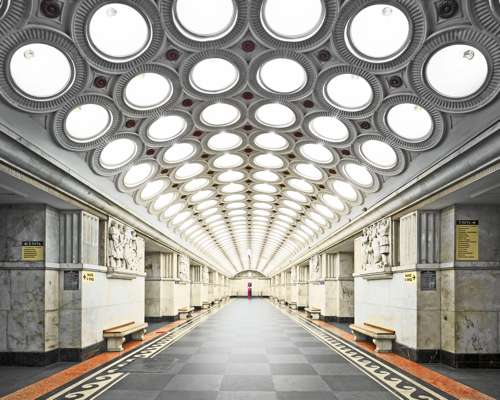 With a Masters in Architecture and Degree in Interior Design, he has combined his love for both through self-taught photography.  Traversing the world following the illusive light from Antarctica to Vietnam, his landscapes resemble textured fabrics and his architectural photographs reflect a haunting quality, as seen through the eyes of a time-traveller with one foot in the past.

The title of his Exhibition took its moniker from the 1930s when under Stalin’s dictates, architects were told to design one of the USSR’s most extravagant and grandiose projects that would also be used as bomb shelters: The Moscow-St. to Petersburg Metro. Under the slogan, “ The whole country is building the Metro,” as many as 75,000 workers took part in its construction and every station boasts different architecture. It would introduce the concept of ‘svet’ or light as a metaphor for enlightenment and ‘sveltloe budushchee’, a bright future, to the masses. Millions were spent on the project including electricity as the politicians turned a blind eye to the thousands starving in the streets.

As Burdeny explains from his cavernous studio in an industrial downtown side of Vancouver, “Aesthetically, they are actually an extension of the great Russian palaces and theatre interiors and for the Exhibition, I juxtaposed those photographs with the Metros designed as “palaces for the people,” as Stalin called them. But they also served as propaganda because the ornamentation – crystal chandeliers and cobalt blue glass, exquisite red marble quarried in Russia, magnificent bronze columns and intricate ceiling plaster reliefs, forced people to physically ‘look up’ to the light, giving thanks to Stalin, or so he assumed.  “Sadly, I never saw a plaque that credited even a single artist or sculptor anywhere.” 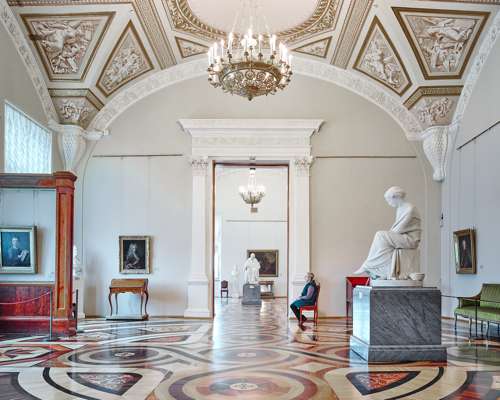 Looking back, laughing at the ordeal now, it was not so humorous then for he and his translator and the bureaucratic hoops they were put through every day of the shoot: “We would arrive at a Metro station early and Arsenio would hold up our permission papers to a camera and just hope to be let in. Once we waited 30 minutes in a snowstorm until they opened the door. Someone is always watching 24 hours a day,” affirms Burdeny.

Using a Cambo medium format technical camera equipped with a 65mp digital back mounted on a tripod, with the exposures running about 10 – 15 seconds, Burdeny was only allowed to start shooting on the platform after the trains stopped running at midnight. “ That actually made it easier for me. Just the cleaners were there and the drunks rolling off the last train,” he chuckles. “We would spend about 45 minutes at each station because they are so vast and it was really difficult to get everything in. We were always under the gun to finish.”

“A Bright Future” – New Works from Russia also includes fascinating photographs that allow the viewer to be a fly on a gilded wall in some of Russia’s most spectacular palaces, museums and theatres. “I usually don’t like to include people in my shots because immediately they detract from the interiors. But ironically, in the Hermitage where you are not allowed to take photographs, I just took some with the docent sitting in a corner and she didn’t stop me. I’m usually able to get two or three off while I’m arguing with security,” grins Burdeny.

Recently, the Moscow Metro celebrated its 80th Anniversary and 200th station. Burdeny is developing a documentary and coffee table volume of photographs from “A Bright Future” the latter, in collaboration with writer and translator Rosamund Bartlett, (she completed the latest translation of Anna Karenina in 2014.)

“I want to go back and shoot more stations,” says Burdeny.

In Moscow anyway, it appears that there is always more light at the end of the tunnel.