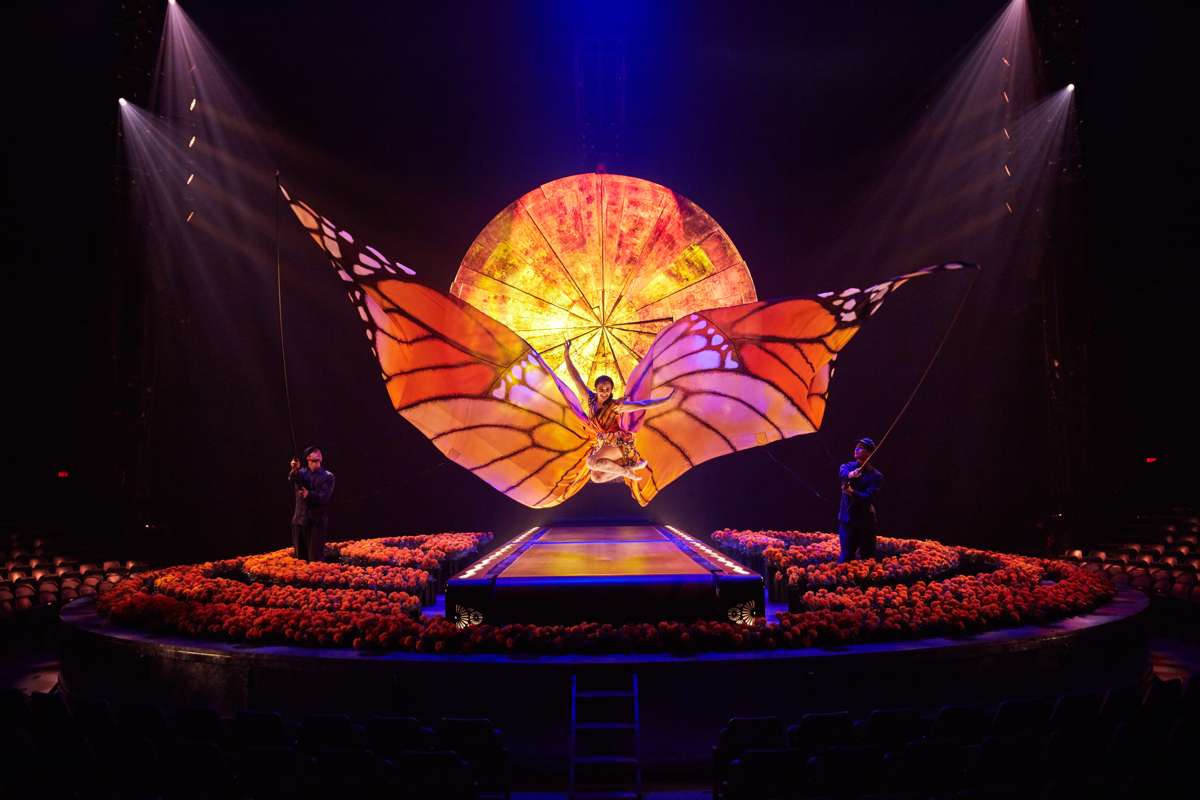 A running woman propelled on a treadmill has metamorphosized into a monarch butterfly; her spectacular gossamer wings beat the air readying for a near impossible 3,000-mile journey. 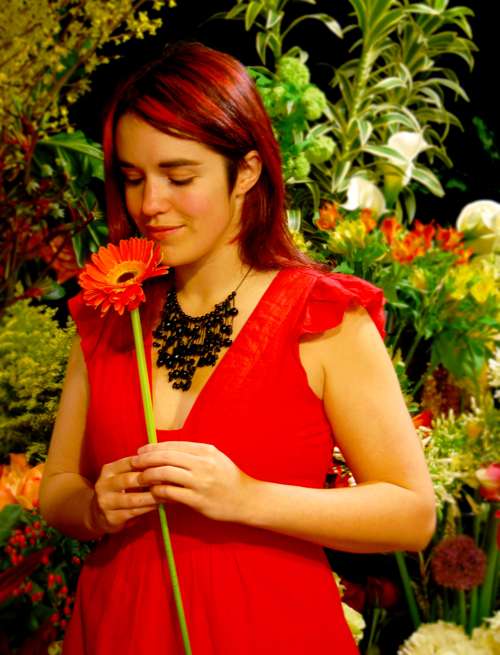 “She represents the migration that monarch butterflies make from Canada to Mexico each year,” explains Patricia Ruel, the Creative Director of Cirque du Soleil’s surrealistic show LUZIA. “It’s just one of many Mexican themes we have reinterpreted into what I refer to as ‘magical realism’ commonly found in Latin American fiction,” she explains. “The idea was not to use Mexican clichés found in tourist brochures like mariachi bands, but to connect with myths and folklore often based on the Mayan calendar, the sun and the moon.”

“You know Mexico is a very matriarchal society and LUZIA is filled with strong women characters. Maybe that’s why I really pushed the designers to come up with such striking imagery,” Ruel laughs.

Born in Quebec, Ruel, whose husband is from Guadalajara, has lived in and visited Mexico many times. She also has fond ties to British Columbia as their honeymoon entailed an adventurous kayaking trip along Canada’s rugged west coast. A set and prop designer by trade, she was the scenic designer for Pacific Opera Victoria’s production of The Magic Flutein 2017 and for the multimedia nighttime mythological production, Foresta Luminain Whistler. Her designs for many international productions as well as props for Cirque du Soleil’s Las Vegas productions of Kà and The Beatles LOVE, combined with her passion for Mexico to make her the natural choice to oversee every aspect of LUZIA.

“I wanted to incorporate the emblematic colours of Mexico into the show. For example, that vivid blue of artist, Frida Kahlo’s house in Mexico City and the bright pinks of Mexico’s flowers,” Ruel explains. “In fact each tableau is characterized by a different colour.”

In one scene, an acrobat encased in what looks like a gigantic hula hoop, rolls among the agave plants silhouetted against a brilliant yellow sun. In another, a singer wears a dress studded with 98 flowers that magically bloom turning from white to red. The invention is one of hundreds developed by Cirque’s technology C:LAB at head office in Montreal. Each petal is outfitted with a computer-programmed tiny motor adding about 20-pounds to the garment.

Light (luzin Spanish) and lluvia, rain, are integral themes throughout LUZIA. For the first time under the Cirque Big Top, a computer-controlled rain curtain showers down on many of the 44 acrobats and performers in seemingly death-defying moves at various times during the show. “You know, Mexico is a land of extremes- from arid desert-like areas, cooler mountain terrain and spectacular ocean and beaches to massive downpours in the rainy season,” says Ruel. “It was quite a challenge for us to find a way to capture clean warm water, store it in a basin beneath the stage that contains 6,000 litres and re-cycle it in each city of the tour.”

As anyone who has seen a Cirque du Soleil extravaganza will attest, next to the high-flying acrobatics, it’s the sumptuous costumes that really transport the audience into realms of fantasy. The Mesoamerican concept of nagualin which the spirit of an animal lives in and guides all human beings from birth, is evoked by a menagerie of performers with exotic hummingbird heads, a crocodile playing the marimba and a half man half iguana who all seem to cross-over into daily life without a care in the world.

“You know, every opening in a new city is different but I’ll always remember the LUZIA opening in Mexico City,” reminisces Ruel. “We have included a Lucha Libra wrestler in the show – it’s an extremely popular sport in Mexico and characterized by the bizarre masks they wear. At the opening, all the most famous Mexican wrestlers (known as luchadores) were in the audience wearing their masks and yelling and cheering!”

LUZIA runs under the Big Top in Vancouver from October 3 to December 15, 2019.