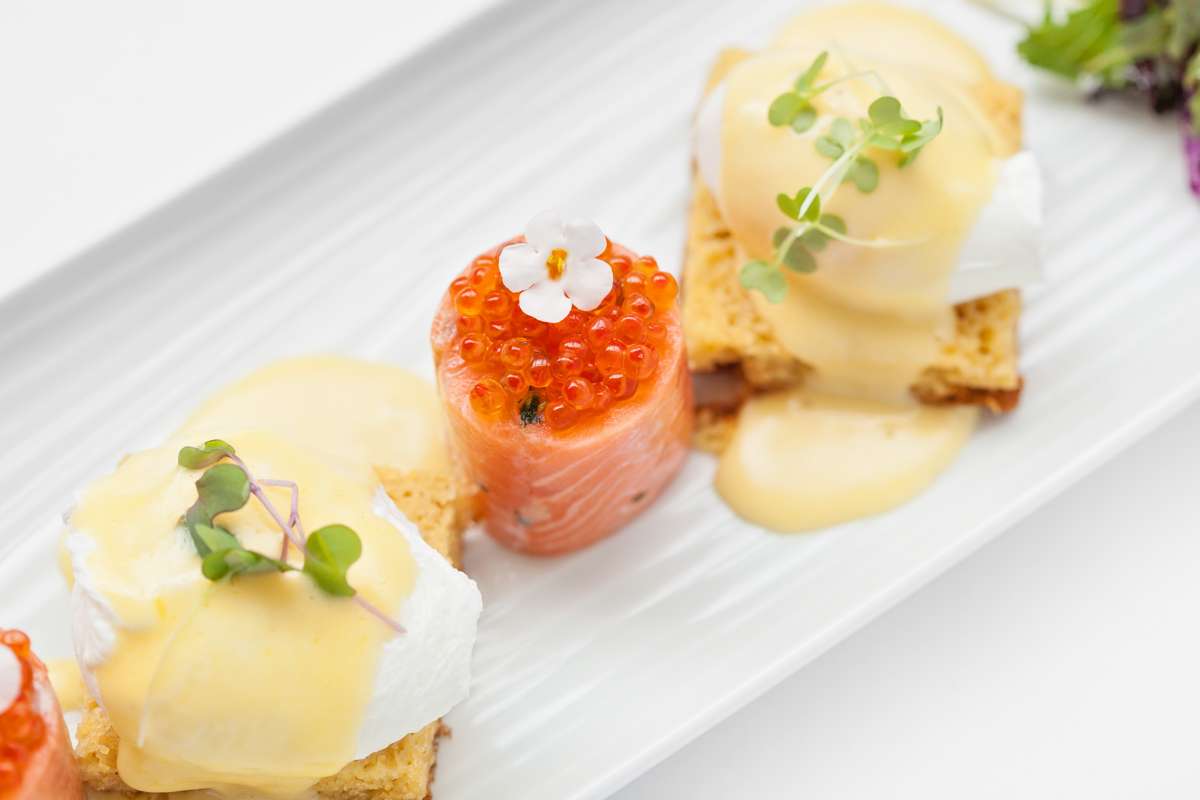 The ancient Chinese steeped sturgeon eggs in tea before pickling the eggs in brine. The Turks thought “khavyar” originating from the Persian word, “chav-jar”, gave them great power – as an aphrodisiac. And Pierce Brosnan, aka James Bond in the 1999 film, The World Is Not Enough, immersed a merchant in a vat of caviar, threatening to drown him in it.

The super-rich may choose to dine on the most expensive caviar in the world, Almas Imperial “black gold” although it’s not black at all. The golden roe comes from a rare albino sturgeon from the seas of Iran and is sold in a 24-karat gold tin, costing up to $35,000 a kilo (that’s $1,000 an ounce!) 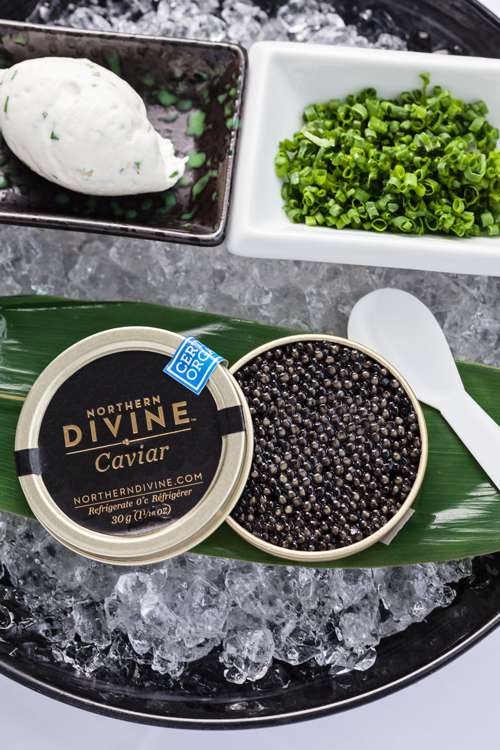 There are four main types of expensive caviar from descendants of the dinosaurs of the sea- the sturgeon: Beluga and rare Sterlet (less than 100 are caught each year); Osetra, Siberian sturgeon and Sevruga. “Although the main factor that determines the price of caviar is its rarity, texture and maturity like the Beluga sturgeon, it doesn’t mean it tastes the best to all people,” affirms Chef Valverde. “Our palates are like a book- you’ve got to fill them with information about all kinds of caviar to understand the flavours because it’s an acquired taste.”

That’s why for the novice, herring caviar is making a comeback though once dubbed the ‘poor man’s caviar’ just because it’s less expensive.

“Herring caviar is delicate and buttery and we serve it with buckwheat blinis and crème fraiche,” says Chef Valverde. “For our Caviar Festival, I created a Cauliflower & Leek Panacotta with milk bun toast, chives and herring caviar.”

“Because lumpfish caviar has a stronger sea flavour, we combine it with something that it can meld into easily. Chawanmushi is a silky, savoury warm Japanese dashi custard.”

Chef Valverde just returned from his honeymoon in his native Peru and was delighted to see trout caviar in some restaurants in Lima. “There are actually many trout farms in the Andes and I was thinking about bringing it here in the future, although we have very sustainable and Ocean Wise trout already in B.C.,” he says.

“We smoke our own trout caviar at Ancora and serve it with Squid Ink Linguini & Uni with house bacon, skin chicharron, bonito and buerre blanc.”

“The big jump to expensive caviar is Osestra which is sweet and nutty, not as briny,” Chef Valverde explains. He prepared a potato pave with a crispy, soft poached egg, crème fraiche and salsa verde with Northern Divine Osestra Caviar.

Salmon roe is probably the most recognized by its tiny pearls of glittering vibrant orange that explode with a pop on the tongue.

“The best and friendliest way to experiment with caviar at home is with scrambled eggs,” suggests Chef Valverde. “Don’t be shy- add it to cream cheese and dill on toast. Trout and salmon caviar are very accessible in B.C. so why not top an eggs benny with either one?”