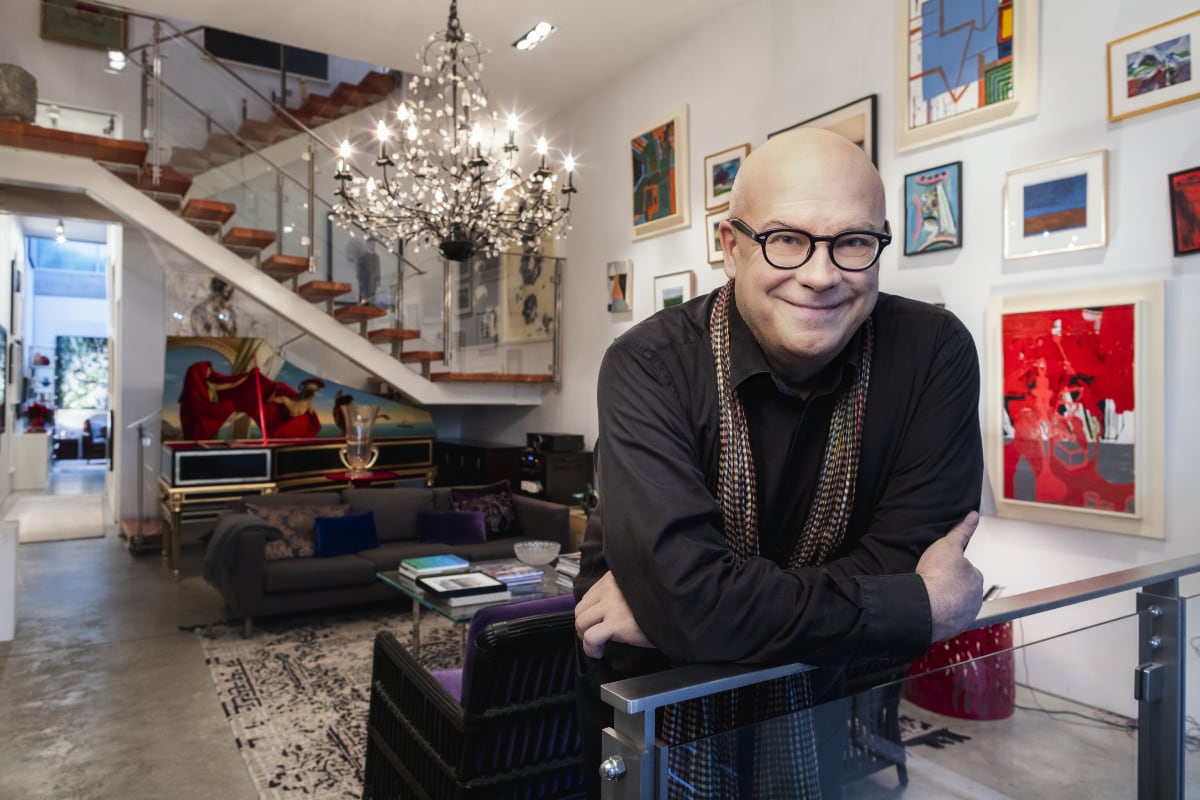 Peering through the heavy glass and steel front doors of Bruce Munro Wright’s Vancouver home, it’s understandable that passersby often mistake it for an intriguing art gallery – curiously, one with no signage or hours of operation.

His Arthur Erickson designed home, known as The Chokolit Townhouse, is one of three built in 2005 across from the original Purdy’s Chocolate Company. It’s a theatrical 2,793 -square- foot stage from which to experience Wright’s eclectic collection of 160 paintings, photographs, sculptures, Murano glass and fascinating ephemera.

Wright is an unpretentious renaissance man; a master of the humorous anecdote and blessed with an encyclopedic memory. He’s passionate about all the arts and although collecting has become, in his own words, “a serial obsession,” philanthropy is what drives Wright, not profit. “You know, as much as I love art, I think of myself as a temporary custodian. I don’t get attached to stuff,” he smiles. “Only to the people and specific organizations I feel strongly about and frankly, that’s how it should be.” 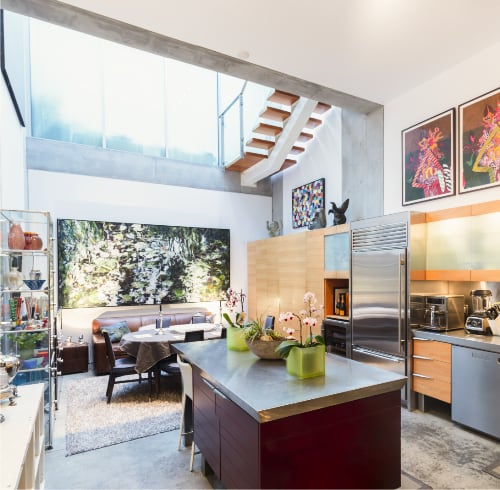 One of those organizations is Arts Umbrella and their annual Splash Gala at the Fairmont Hotel Vancouver, for which he is not only an avid bidder at their auction, but also on their Board of Directors and has Co-Chaired the event for three years. “We raised over $1million dollars at the recent 2019 October event in which over 100 pieces of donated art by emerging and well-known artists and photographers like Jeff Wall, Edward Burtynsky, Dana Claxton and Douglas Coupland were auctioned,” Munro explains. “Arts Umbrella supports our community’s youth through funding, bursaries and scholarships in dance, music, theatre, visual and applied arts. Their new facility opening in late 2020 on Granville Island will be spectacular!” he enthuses.

Wright, who recently retired after a long career as Managing Partner of the law firm, Goodmans LLP, doesn’t just attend meetings but truly immerses himself in the arts he supports. His four-level home, designed like a boxy layer cake is topped by an expansive landscaped terrace overlooking False Creek, (“I watched Bjarke Ingels’ fantastic Vancouver House every step of its build,”) making his home the perfect setting for his monthly fund-raisers on behalf of an astounding array of arts and charitable organizations. 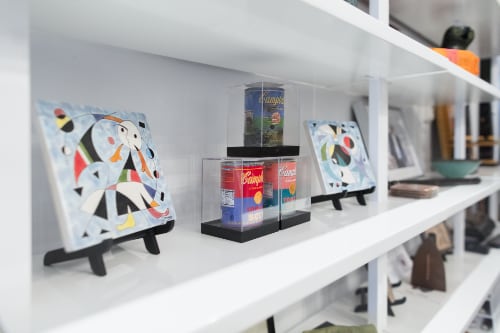 In summer, dancers from Ballet BC have leaped across the rooftop oasis and concert performers, whether singing operetta or belting out showtunes, have gathered around the grand piano on the ground floor level in aid of Health Arts Society’s Concerts in Care. The latter organization, for which Wright is BC Board Chair, has performed over 14,000 professional concerts in care facilities across Canada.

An impassioned opera buff himself, Wright is a past Chair of the Vancouver Opera and tries to attend Europe’s most dazzling summer opera festivals each year. The harpsichord on the 2nd level of Wright’s home, is hand-made by Vancouver’s Craig Tomlinson. “It’s an exact replica of a 1792 Tasker instrument and he even used wood from the Black Forest,” Wright explains. “I had the custom artwork painted on the lid’s underside by South American artist, Marco Tulio. It’s a scene from Purcell’s Dido and Aeneas, the first opera I saw as a teenager,” confides the Toronto-born Wright.  He is currently on the board of Opera Canada and was recently awarded the Opera Director Emeritus Award at the Opera America Forum in New York City.

Wright’s kitchen is also a showcase for his eclectic art. He loves cooking and entertaining for small gatherings there, surrounded by his collection of Murano glass and Vancouver’s Gordon Smith’s ode to Monet’s Giverny painted in 1996. He and Smith, who is now 100-years-old and still prolific, is a long-time family friend. They travelled to England for the opening of Canada House in 2015 and met HRH Queen Elizabeth II.

And speaking of the Royals, in the lower level’s powder room is one of Andy Warhol’s Pop-art Reigning Queens portraits, Queen Elizabeth II. Wright is the current Chair of the Vancouver Art Gallery Foundation and Chair of the Architect Selection Committee for the new building. “When I was Chair of the Vancouver Art Gallery, HRH Prince Edward and Sophie visited British Columbia in 2014,” Munro recounts. “One of the curators and I took Prince Edward on a tour and I happened to mention that I had the portrait of his mother in the loo! He’s a really charming and funny guy and he just rolled his eyes,” laughs Wright.