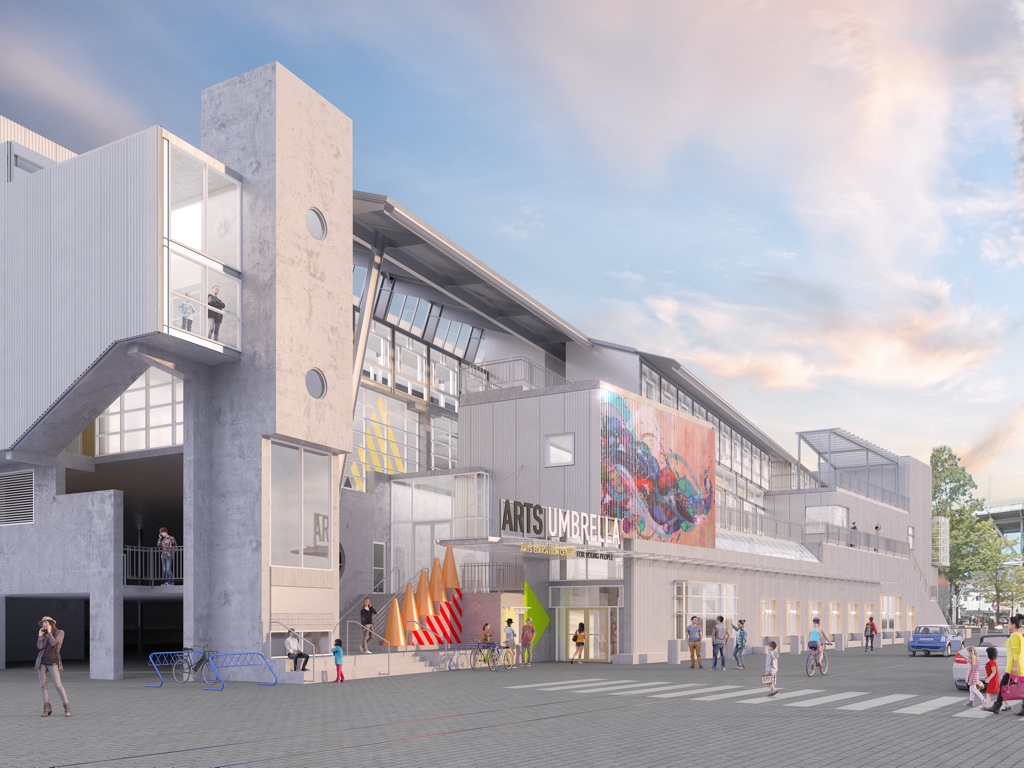 The new limitless, Arts Umbrella’s imaginative motto is not only a metaphor for transformative arts education for young people. It also expresses the feeling of awe that the architectural re-design inspires inside the stunning light -infused building at Granville Island, Vancouver.

“Five years ago we realized that our Arts Umbrella home desperately needed an expansion,” explains Arts Umbrella President & CEO, Paul Larocque whose passion and enthusiasm, even through Zoom, is palpable. “ When Emily Carr University of Art+Design announced it was moving, we were ready to bid for the South Building undertaking a $37 million fundraising capital and endowment goal. ($35 million has already been secured as of this writing.) Individual donations plus $7 million from Canada Cultural Spaces Fund combined with $2.6 million from the Canada Cultural Investment Fund and $1.4 million from the Province of British Columbia have allowed us to repurpose this incredible building. The stars were finally aligned and we open to the public on April 10, 2021.” 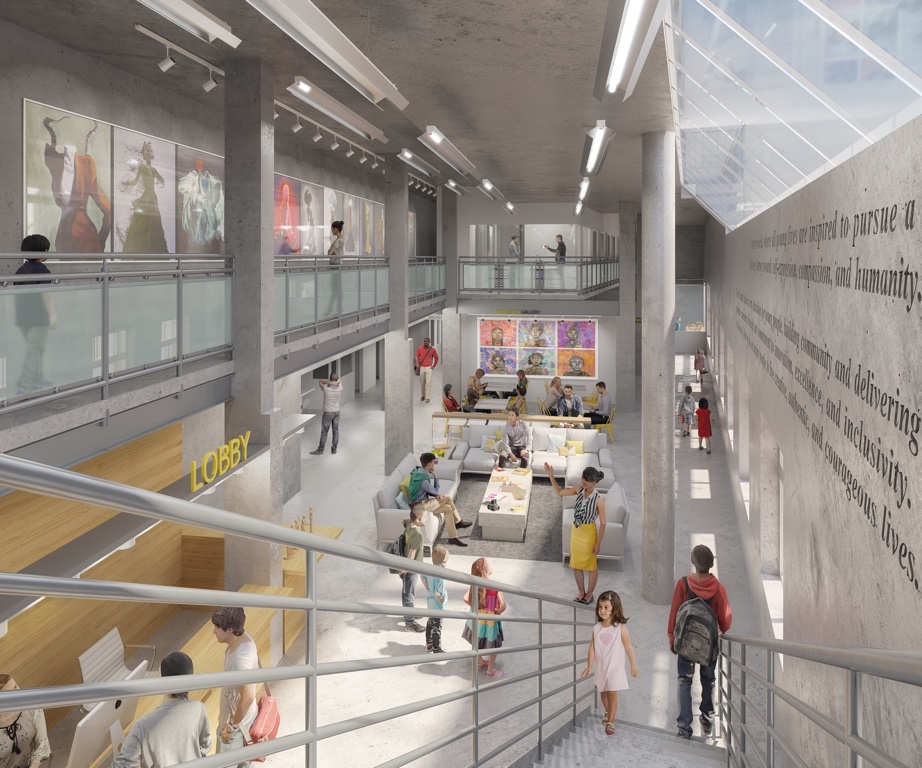 Arts Umbrella began in 1979 by co-founders, Carol Henriquez and dancer, Gloria Schwartz as a pilot arts project in Vancouver with only 45 children. Classes moved to a converted 1930s nail factory on Granville Island in 1983 and programme fundraising began immediately. Today, the multidisciplinary non-profit facility offers multi -platform instruction to children and young adults inclusive of physical and mental health challenges from two to 22 -years -old but not only on a tuition basis. Many students receive scholarships and bursaries. Each discipline’s donor -funded content extends through community outreach and to children and youth in remote communities through Northern Arts Connections; to schools, hospitals and community centres in B.C. reaching 24,000 students annually. “We know from experience that when young people connect with the arts they gain self-confidence and self-discipline that carries with them for life,” Larocque affirms.

“Although Emily Carr University of Art+Design was originally built for the visual arts by Patkau Architects in 1995, we needed six dance studios and a 132-seat professional theatre with storage backstage for scenery and costumes which added 50,000 net-square-feet, four times the original space, to the new building,” he says.

Vancouver’s award-winning architect, Richard Henriquez, Founding Principal of Henriquez Partners Architects was tasked with designing the challenging renovation. That entailed removing a section of the existing roof and rebuilding it at a higher level, eliminating load-bearing columns rising to the 4th floor  and adding a truss to support the roof. The spectacular soaring skylights visible from the lobby and up through the concourse level further emphasize that the sky is the limit both literally and symbolically.

“Emily Carr was a beautiful building and already had a lecture hall but no stage,” explains Henriquez from his art-filled Vancouver office. “So we pushed back all the seats to create a proper size proscenium stage on the third floor with Green Room and rehearsal space backstage. The other major challenge was the entrance – there were originally two. We designed one main street entrance on the ground floor with an all-weather rain canopy.”

Henriquez’s team worked very closely with the staff of each discipline to expand on state -of -the -art media labs, 10 art & design studios, dance rehearsal studios expanded to 2,000-square-feet, ceramics studio, photography darkroom and four theatre, music and film studios with specialized audio visual and technical equipment. Platforms, skywalks and balconies on multiple levels (think Harry Potter without the moving staircases,) encourage open rehearsals and many lead to outside terraces for added performance space. Workshop spaces for constructing props, scenery and costumes were also much needed additions. An exhibition art gallery on the main level and open to the public, will showcase students’ work.

Says Larocque: “We are so excited to be able to invite and collaborate here with professionals in every discipline like choreographer and dancer, Crystal Pite, Ballet B.C., Sarah McLachlan (she was invaluable in developing our original music department before eventually opening her own school,) and filmmaker and photographer, Dana Claxton who has contributed so generously to Splash, our  annual arts auction and fundraising gala.”

The result is a dramatic, multi-level environment that fully captures that wondrous feeling of childhood curiosity and adventure that inspires learning.

Says Larocque: “I truly believe that the new Arts Umbrella sets the bar high as an example not only in Canada but internationally, for how community, private donors and government can work together to inspire limitless arts opportunities for young people.”