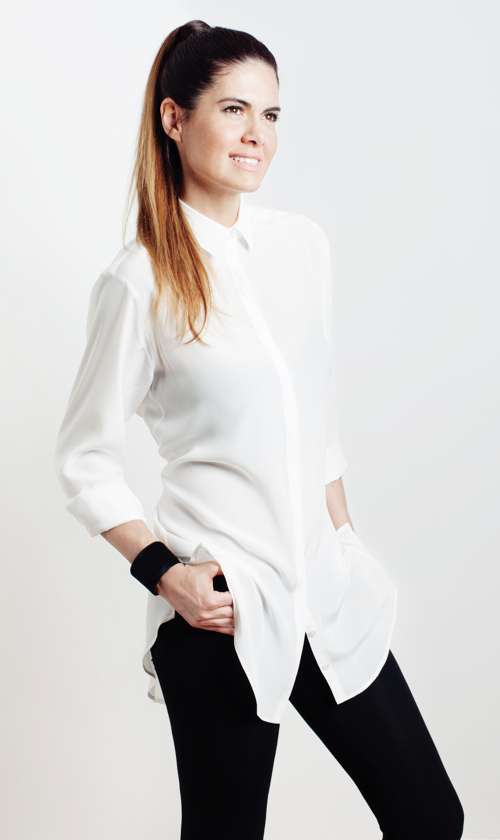 When Anne Fontaine was ten years old, and a bit of a wild child living in Rio de Janeiro, Brazil, her mother bought a dress for her to wear to a wedding. She hated it. So Anne took it to her bedroom and re-cut and sewed it, much to her mother’s dismay then astonishment. She skipped her school classes at every opportunity to immerse herself in nature in the nearby Tijuca Rain Forest, now a national park and home to hundreds of near extinct species of plants and animals.

“I’m afraid my family considered me a bit of a black sheep,” the statuesque Fontaine laughs and explains in her enviable charming French accent, from her Manhattan office. “When I was 17-years-old I went to live with an Indian tribe, the Canela in the Amazon rainforest. They sort of adopted me and gave me a name that translated to warrior, but not in the physical fighting sense. They were the most beautiful people, who needed nothing and that changed my life.”

Educated as a biologist, she moved to Paris to further her studies and it was there she met her future husband and business partner, Ari Zlotkin. His family had an established men’s couturier shirt business based in Honfleur, Normandy. Like uncovering Aladdin’s cave, “I opened an old trunk in Ari’s grandmother’s attic and discovered all these beautiful white shirts and I thought, ‘I want these pieces that belong to a masculine wardrobe, to become an essential in a woman’s wardrobe.’ A white shirt is a timeless classic. There’s nothing sexier than a woman in a white shirt!” Fontaine says emphatically. 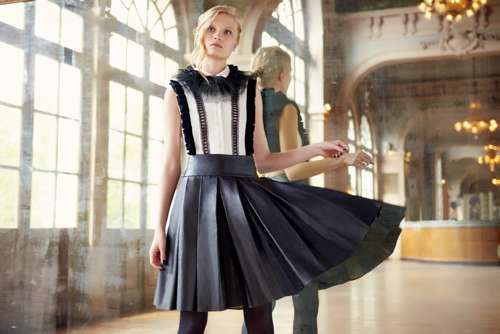 In 1993, the intrepid Fontaine immediately set to work designing white shirts in silk, organza and Pima cotton from Peru, tailored by French and Italian artisans and the luxury brand, Anne Fontaine was born. In 1994 she opened her first stand-alone boutique in the St. Germain area of Paris then began an almost annual expansion of her ready-to-wear aesthetic globally from Boston to Tokyo; then a Madison Avenue New York flagship store; Europe to Tel Aviv, Australia, China, Korea and Singapore with 72 boutiques world-wide. Hopefully, she will conquer Canada soon!

Just as Coco Chanel is credited for introducing the ‘little black dress’ as a staple in every woman’s wardrobe, Fontaine’s white shirt has become the definitive go-to piece for every occasion. She began adding pants, skirts and sweaters in black because “ I think of black and white as ying and yang- always so elegant,” she explains. 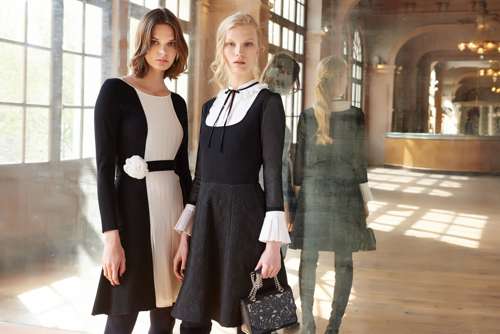 The French expression, savoire faire implies a certain style, refinement and accomplishment. Over the years Fontaine, 45, who designs by hand (not computer,) in her Honfleur atelier, added handbags, belts and sunglasses and last year, shoes to her repertoire. Her newest 2016-2017 iteration is a black and white Casual Collection at a lower price point but still uses French organic fabrics. What remains a constant is the meticulous had -sewn craftsmanship of embroidery, beading and leatherwork, usually only attributed to couturier houses, in all her collections.

Not surprisingly, her early influence of living in nature as a child and young woman, continues to inspire Fontaine in many of her designs today. The tropical orchid and cherry blossom are consistent motifs that are worked into her pieces, especially accessories. She confides: “Although I live in Honfleur, Normandy, and New York, the sap of the Brazilian forest still runs thick in my veins.”

Her deep concern for the environment is not on a one-off celebrity whim but a long-term commitment she made through the formation of the Anne Fontaine Foundation. “The Mata Atlântica forest is one of the richest forests in Brazil in terms of biodiversity, but also one of the most threatened. It used to cover an area of more than 1,360,000 km but today, in Brazil, only 7% of this area remains intact,” says Fontaine. Her team works with Brazilian children in classroom workshops to educate them through art projects and in tree-planting initiatives implemented by local NGO’s that also improve water sources. “Over 40,000 endangered species of trees have been re-planted and every year we do a “Forest Day” in each of our stores world-wide in which 50% of all sales are donated to the Anne Fontaine Foundation,” she adds proudly.

“You know, I have three daughters and I would like them to be able to get to know this forest and explore its roots with their own hands, feeling that it is actually something real and not something of mere legend.”